Farewell to May, 2015. Tomorrow sees the start of June or as Greeks know it,  Δευτέρα Πεντηκοστής, which will be a national holiday. Let’s hope they have something to celebrate. Maybe the tourist arrival will pick up! I wonder if the Sifnos meeting to coordinate the protest against VAT rises had any effect. Our friends there didn’t seem confident. The Greek Government are constantly telling the world that agreement with their creditors is close, has been reached will be signed tomorrow but it is almost entirely for Greek consumption. It is intended to dampen capital flight from the banks. Senior eurozone officials insist that both sides are still far apart in agreeing on the fundamentals of a cash-for-reform deal and say, The showdown is fast approaching and nothing can be ruled out. Very soon we may see staged capital controls.

Sundays are lovely – fresh coffee, newspapers, an hour at the Health Club and an hour or two of Test Cricket from Yorkshire. Who could ask for more? 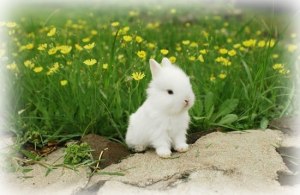 Flaming June started with flaming rain and it was cool. It’s not a problem. We have a busy week and we are forecast to hit 29C/84F by the weekend. Had to go round to see Phyllis today to sort her email account out. Like us, she has switched away from BT as a broadband provider and is now having to pay £1.60 per month for the privilege of keeping her email address.

We meet the agent selling our apartment on Wednesday and have a lot of homework to do prior to signing the contract. We have to provide Freehold/Leasehold evidence, information about Ground Rent and Service Charge, Boundary maps, square footage and then identity checks for anti-money laundering purposes. This is all for selling not buying. We should be used to it. It is our fifth property sale. It is still demanding and stressful.

Pleasant day but doesn’t really feel like the second day of Summer. Took Pauline for her hospital check-up. She is certainly looking and feeling much better but she is still bruised ten weeks after surgery. Watched a bit of the final day of Test Cricket from a reportedly bitterly cold Leeds. It was never likely to end well and it didn’t. Ironically, it was this day in 1975 that I was watching a cricket match on an old,  black & white television. It was high up in Derbyshire – Buxton – and between Derbyshire and Lancashire. The first two days were extremely warm – almost record highs – but this day forty years ago saw the weather change as blizzards of snow swept across the ground and my old television had a great deal more white than black.

Warm and sunny day that reached 21C/69F by afternoon. Because the property is going on the market in the next few days, Pauline stayed at home to make sure that everything was spotless and de-cluttered. I went to the Health Club and did a mega, two hour work out in the gym and the pool. I came home in time for a meeting with the estate agent we have appointed to sell the property. At this meeting, we tied up all the details and signed the contract. Tomorrow is expected to be a lovely, sunny and hot day around here so the estate agency have arranged for professional photographers to photograph the property inside and out, measure up and prepare a floor plan.

Some woodpigeons have taken to roosting on a ledge of our property. They poo in gargantuan proportions and it is disgusting as it builds up. Clapping doesn’t shift them at all and I daren’t throw stones for fear of breaking windows. I know that a daft Sifnian tried a bird scarer to adverse effect. A neighbour suggested a water cannon/gun. I researched it and found one on Amazon.

It arrived this morning. I’ve used it tonight and one blast got rid of the birds. Two hours later, there is still no sign of them. It fires a powerful jet up to 60 ft/20ms. This is Boys Own stuff. I may hunt cats tomorrow!

Well, one shot from the water cannon scared off the pigeons immediately. They didn’t return last night and haven’t returned tonight. I think it’s worked although I find it hard to conceive. Very warm night tonight on a day that reached 26C/79F. We sat outside for an hour but the sun was just too intense and too hot.  We were visited by the photographer who did all the work for the sales brochure on the house. Two sales executives arrived to familiarise themselves with the layout prior to conducting house viewings. I went off to do a couple of hours at the Health Club and then returned to take Pauline for a check up at the Surgery. Her recovery from the operation, which was ten weeks ago, has not been as fast as we expected. She still has bruising and residual discomfort and is being referred back for a scan.

The Greek government are toughing it out.

They are, nominally at least, defaulting on their payment to the IMF tomorrow and choosing to roll up all their payments until the end of the month. Even then, they won’t be able to afford repayment without a bailout. There is now a real risk of a ‘run’ on the banks. The concomitant of that will be a shortage of all the basics of life which will make a ‘holiday’ more like a battle.

Hot and humid day which reached 26F/79 at mid afternoon. We were having our first meeting with our dentist. It involved an inspection and two x-rays each and cost us £148.00.  No National Health practice availability around here in affluent Surrey. While we were at the dentist, our Estate Agent was conducting the first viewing of our apartment.

The Greeks are taking their task of attracting as many tourists as possible this season really seriously. Here’s a selection of newspaper headlines:

I don’t think this is going to do it.

A warm day of sun and cloud which has reached 21C/69F at 10.00 am. We did a quick trip to Tesco, had the car cleaned while we were there and came back to clean the inside, check tyre pressure and oil levels prior to setting off for Europe.

Our Sifnos friends told us last night that the owners of our Greek house had applied in the recent Community meeting for street lighting to be installed near to the house. That’s exactly what we were planning to do this year but, with cash(credit) controls imminent, getting our money out of Greece was by far the best thing to do last year. We will be back soon to see what is going on.