Doesn’t time fly when you’re enjoying yourself! The last week of May has arrived. After yesterday, we needed a bit of a rest. Fortunately, May Bank Holiday is the focus for sport, sport, sport. Today, the Premier League has been completed with Hull being relegated. There are so many things from Hull that deserve relegation! Formula 1 Monaco saw Lewis Hamilton cheated out of a victory and, at Lords, the England team fought back to raise a challenge to New Zealand in the first Test match of the Summer. One of us had to do something today and it fell to Pauline to produce a meal of dressed crab, smoked salmonand salad.

Beautiful flavours for a lovely day! 2

Bank Holiday Monday. All the workers are still in bed catching up on beauty sleep. It means nothing when you’re retired. Up at 7.00 am as usual.Lovely day again although not too warm – 17C/63F  at 10.00 am and reaching 22C/70F by mid afternoon. We are going to the Health Club for a good workout and then coming home to contact estate agents to arrange valuations over the next few days. Next week, we expect to put the property on the market and then see how things go before we set off for Europe.

A much nicer day than we expected. We cooked outside and sat in the sun to drink a bottle of wine. Three Estate Agencies came to value our property. They were remarkably similar in estimate price which was reassuring and, although we haven’t told them yet, we have easily chosen one to represent us. They all told us that demand for properties is strong but supply of sellers weak. It is a seller’s market which is good. They were all confident of finding a buyer for our property within six weeks but told us that the period after that to ‘completion’ would be 10 – 16 weeks. This will take us to the end of October or beginning of November which is getting to the point where we want to be. We can go abroad without worry. I read lots of Greek island Blogs each day/week (see my side bar menu) and it has been striking that they rarely mention two, major, newsworthy items. I don’t really understand how they can so blatantly ignore the real world although I know from my own experience that island life creates a separate, isolated world somewhat insulated from reality. Islands can become like goldfish bowls where the actors begin to feel they are life’s major players rather than just goldfish. The Greek economy is rarely discussed other than very tangentially. One blog recently dismissed the discussion as so much hot air which would evaporate and life would go on as it always does. I suspect a rude awakening but, maybe, he will be proved right. The other news item that has been noticeably missing from island blogs even on the Dodecanese side is the influx of migrants washing up on Greek shores day after day this Spring. I suspect that both items are not considered conducive to tourism. I believe that the origins of the ‘Greek Disease’ can be found in this myopia. Ignore problems and they will go away. The sun will still shine. While the second proposition is likely to be well founded, the first is quite definitely not.

Gorgeous day which reached 22C/70F but felt much hotter in our sheltered ‘garden quad’. Pauline entertained the final two estate agents while I did two hours at the Health Club – an hour in the gym and a second in the pool/steam room/Jacuzzi/sauna. We then sat out with garlic stuffed olives and a glass of wine in the sunshine as we reviewed our valuations. 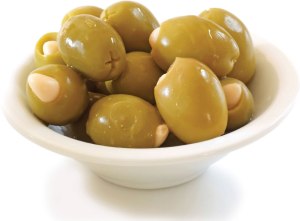 We have been in this property for four years although we’ve only lived in it for two. All five valuers are remarkably close in their evaluation this time. Quite astonishingly, the property has increased by 65% in that time. It has totally justified our decision to buy and move down here. We firmly expect to sell and move by the end of November.

Another lovely day. We did a morning shop at Sainsbury’s. Our bill of £118.00 was paid for by £100.00 of vouchers and £8.00 of bonuses. It cost us precisely nothing. The same will be the case for another five weeks of Sainsbury’s shopping whenever they are over the next two years.

We had intended to go to the gym but were so late back that we had other things to fit in. We have received the paperwork confirming discussions that we’ve had over the past couple of days with estate agents. Although their market valuations are fairly close together, their charges are quite disparate. One charges 0.7% of sale price, four charge 1% and one charges 2.25%. Rather counter-intuitively, we’ve decided to go with the most expensive.

We believe that they can squeeze more out of the market than the others especially with their offices in Central London. Owners who live here tend to walk the 10 minutes to the station and then take the train for 30 mins. to Waterloo. It is ideal for the commuters. We will soon see if our judgement and their confidence is justified.

We started off with rain today. Eventually, it became sunny and warm. It rained torrentially at midday but I was undertaking a two hour work out at the Health Club and just came out to find a very clean car in the car park.

The day didn’t start well. Pauline woke me at 5.00 am. She had been woken herself by a rapidly racing pulse. Her heart rate was 188/104 with a pulse rate of 103. For someone who was sleeping, that is rather alarming and, for Pauline, totally out of the normal. At 8.00 am, we phoned our Doctor’s Surgery and got an appointment for 9.30 am. Pauline was given an ECG and had a blood test. The ECG result was fine and the blood result will be next week. We were relieved to find that there was nothing alarming immediately.

The cost of selling a property is huge so it is a decision that must not be rushed. We made a decision yesterday, slept on it and had one or two questions for the agent we had selected. We phoned them and satisfied ourselves that we have made the right decision. We will meet them next week and sign the paperwork before going away.

A pleasant day – reasonably sunny although not particularly warm. We decided to give the Health Club a miss today. We did paperwork connected with the sale of the property. I also revelled in being able to watch the Second Test from Leeds and a rather one-sided FA Cup Final in which Arsenal thrashed Villa 4-0.

With news of thousands more migrants being plucked out of the Mediterranean in the past 24 hours, the controversy is having an adverse effect on tourism to Greece where tourists are complaining of streets littered with migrants particularly on Dodecanese islands. Righteous indignation from Greeks at the insensitivity of tourist complaints doesn’t sit too well with those who have saved all year for a couple of weeks of escapism. The Times ran an article today about the Greek islands but focussed on Serifos & Milos. Sifnos was conspicuous by its absence. They’ve obviously met The Poison Dwarf as well.