to our Greek friends. Hope you’ve had a great day.

It has been wonderful here – warm and sunny. We’ve been sitting outside for large chunks of it – when we weren’t watching United destroy City. Everybody’s back from their skiing holidays so the gym was much more busy this morning. I did 9 Kms this morning on running machine and bike combined and felt I could do more. I knock off about 600 calories which seems fairly meagre in the grand scheme of things. I went on my own and we’ve cancelled our stay in Brighton already. We don’t think Pauline is quite ready for it yet. At best we will have a day out.

Went to have the car cleaned this morning and to get a loose fitting dress for Pauline. As we walked through the car park, we spotted a Greek car parked up. 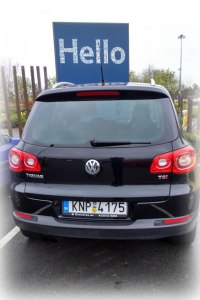 It was bought in Larissa – Northern Greece – but would have done our journey to Patras and Ancona and then on across Europe. We are rather itching to get going but mustn’t rush Pauline. We will drive down to Sussex tomorrow but that is the extent of our ambition at the moment. As part of the Tories Election pledges, they announce the intention to make access to the National Health services in UK requiring two things from all comers: passports will have to be shown and proof of time spent living abroad will have to be evidenced. This will apply to EU and non-EU residents and will prevent Health tourism from non-EU citizens and galvanise countries inside the EU who are currently failing to compensate UK NHS for treatment their citizens have received here. This is a Tory policy I almost like!

An absolutely gorgeous day of blue sky and wall to wall sunshine with a temperature of 22C/70F. We set off for the Sussex coast at 9.00 am and arrived in the delightful town of Angmering an hour later. 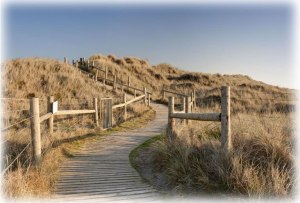 We were looking at new houses and may just have found one. It won’t be ready for a few months so we will need to time the marketing of our Duplex correctly so we are not living on the streets for the interregnum. Back home by 1.30 pm, we were cooking griddled chicken and vegetables outside by mid-afternoon and fending off next door’s cat who appeared absolutely starving. It has been a lovely day but Pauline really flagged this evening.

This morning has opened to another Summer’s day which eventually reaches 23C/74F of dazzling sunshine. We went off to pick up a parcel – a new dress for Pauline – from the Post Office and then on to Waitrose for fresh fish for our meal. We griddled a medley of Hake, Trout and (Greek) Sea Bass fillets along with courgette, fennel and mushroom. We did this outside with a chilled bottle of  Prosseco. Wonderful!

I earned it by doing an hour’s workout first. It will probably be another couple of weeks before Pauline can restart exercise.

Greece’s sovereign debt rating has been slashed further into “junk” territory as the true extent of the country’s financial woes were laid bare today. Figures from the Athens’ finance ministry revealed the economy has slipped further into the red following the election. Separate data from the country’s official statistics authority also showed a gaping hole in the public finances, with the budget deficit stooping to 3.5pc of GDP in 2014, while the primary budget surplus was only 0.4pc. The Greek housing market remained bottom in the Eurozone with an annual decline of 6.6 %  for new residences and 10.9 %  for older properties.

Athens made an informal approach to the International Monetary Fund about delaying loan repayments, only to be told that rescheduling was not possible. The IMF is owed nearly €1bn in two payments due in May. UK markets are factoring in Grexit, as bonds yields in Athens soar on the back of concerns over a potential Greek default.

It’s been another lovely, warm day here. I’ve done an hour’s work out whereas Pauline has had a little bit of  a relapse with some discomfort. She is having to take things more slowly than she would wish. I had my INR test and it was well in my target spread. It has been there since early November. I must be doing something right!

A delicious, early Summer’s day of pleasant sunshine although a touch cooler than yesterday. We were at 16C/61F by 10.00 am with an edge on the breeze. The trees are in that first flush of lime green colour that characterises new leaf.

It looks wonderful against the blue sky. Pauline and I haven’t see this time in England for the past seven years and it is quite a revelation. People in UK think Mediterranean, wall-to-wall sunshine is something to be envied. When you have it, British, seasonal variation is something to be longed for. Having said that, It will be nice to snatch a few weeks of sunshine when Pauline is up to it.

Apparently, this is lining up to be the warmest April in UK for many years – decades. What a time to choose to be in Surrey! We seem to do a lot outside at the moment – reading, cooking, etc. just as we would have done in Greece.

Did another hard hour in the gym while Pauline talked to her beautiful sister. We had a very healthy meal of smoked salmon, prawns and Waldorf salad. It made a lovely, fresh tasting meal.