It is a delightful day. Not to hot but sunny and windless. The chances of rain appear to be receding by the day. Downloaded The Sunday Times but didn’t seem to have much time to read it. I laughed at the article headed, Pregnant women will be tested for smoking. I want to know what will happen to the guilty ones. Will they be shot? We spent a few hours watering all the trees and bushes. We have some men coming tomorrow to help with the garden clearing.

Manchester United dominated the afternoon with their late winner against Swansea making it a pleasant end to the career of Ferguson which was all shown here on Nova TV. I was sorry Rooney was not joining in. Why have things gone so wrong for him. Ferguson and Scholes retired together and both looked happy. 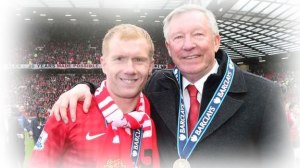 Up at 6.30 am today. Garden workers arrived at just after 7.00 am. The men make me feel like a spring chicken. Two Greek pensioners arrive with mattocks and bottles of water. They say they will work from 7.00 am – 2.00 am non-stop, clearing this unforgiving ground. We know what it is like. We clear the vegetable patch and two hours puts me on my back for the rest of the week. The only real connection between me and these two, old men is the instrument we use to clear the ground here in Greece. We all use an incredibly useful tool called a mattock. 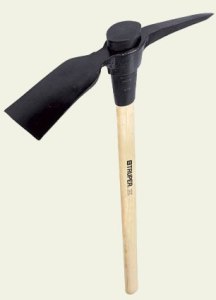 We are off to the Post Office to see if our box arrived over the weekend. A trip to the Garden Shop as well will provide some excitement – I’m easily pleased.

Not sure who was more pleased – us or the Post Office – to discover that our box containing about 15Kg of stuff had arrived. Phyllis & Colin may be old but you can always rely on them.

Well, at last its happened. RAIN – real rain for at least an hour last night. Lightning over Kamares bay at around 10.00 pm although no thunder so it wasn’t centred over us. It certainly wasn’t on the Biblical proportions described by Skiathan Man this morning and the islanders will probably say that the rain wasn’t heavy enough to be significant but it will make the ground clearing efforts of our pensioners easier this morning. It is 7.15 am and they have already arrived and started work. They should be at the Old People’s Club or Silver Surfers or something like that not pounding hard ground with a mattock for seven hours a day.

Went down to collect the post this morning and the heavens opened, briefly, at 9.00 am. Pauline got soaked but I kept the car warm for her. Now Easter is over and the season has not really started, the streets are very quiet.

When we got back home, the pensioners were sheltering in the garage. We made them coffee until the storm passed and then they were sent back down the mines.

The pensioners arrived at 7.00 am. We had only been up for about half an hour. It was forecast and looks like being a delicious day. Lovely, sunny, windless and warm but not to hot. We are told it will just peak at 25C/77F.

We have been listening to the Today programme. The weather tells us that there could be some snow over the Pennines this afternoon. Cameron’s balmy backbencher’s are really making life tedious and filling the airwaves. This is how The Times cartoonist depicts it: 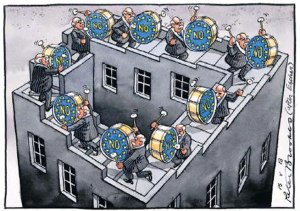 The pensioners managed their six hours of continuous work in the garden and then we managed an hour ourselves. Sitting under the pergola, gazing out over the valley towards the sea, the warm sun shining down beneficently, I tried to bottle the moment but, as always, it is not possible.

Overcast and cool this morning. The pensioners love it. They are hammering the garden with increased vigour. I’m not sure what they would think of the UK climate. This is the scene this morning in Shropshire and snow has fallen right through to our old stomping ground on the Pennines in Yorkshire/Lancashire. 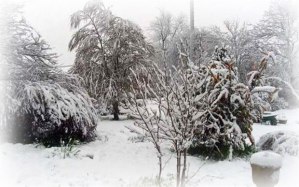 Mother Cat called for her Dinner this evening accompanied by a friend. Not many keep their friends on their ear but she does. She obviously spent such a hard afternoon of inactivity on the wall that a snail clamped itself firmly to the back of her ear. 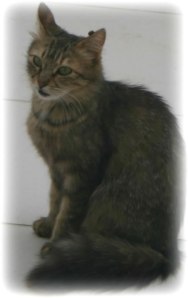 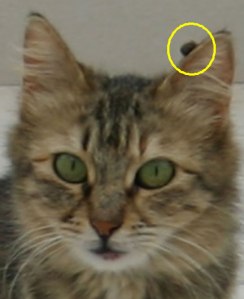 At 6.50 am, we heard the gate pulled back and the inward march of the Pensioners. Where do they get their energy? By 7.00 am, they were pounding the ground with mattocks at the start of another mammoth stint. They are coming for a sixth day on Saturday as agreed and then I have asked them to return for two additional days next week to clear and prepare the vegetable patch where Pauline & I have failed.

We have been ambling down Memory Lane this morning. I received an email from an ex-pupil to let me know that the old school that Pauline & I left four years ago and which has now been replaced by a brand, spanking new eleven million pound Academy, was nearly completely demolished and would be by the end of this week. This is a photo at the beginning of the job: 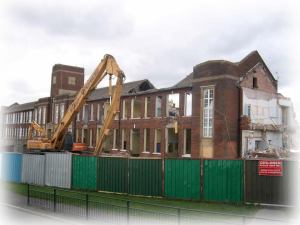 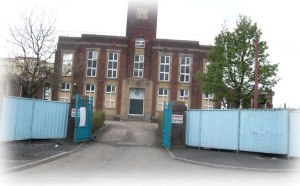 Sitting down to afternoon tea after the Pensioners had gone home, we suddenly noticed we were being watched. We often hear this lovely, little chap in the darkness of a hot, mediterranean evening but rarely see him/her. Even Mother Cat looked a little nervous when she came for Dinner. 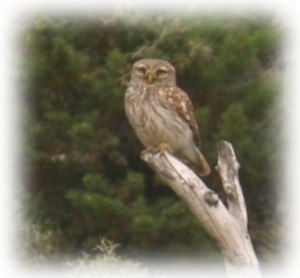 A pleasant and not over-wam day for the Pensioners to do their sixth consecutive day in the garden. I have asked them to return next week for two more days to complete the work.

Had a lovely trip up to the woodman and and his wife with a jar of Pauline’s beetroot chutney and some homemade shortbread. It is lovely to give something to them for a change. They are constantly giving us things and refusing to charge. On to Olga and her husband who has been refusing to allow his wife to eat the marmalade because he “wants to look at it on the shelf”. We took an extra jar specifically for eating plus a copy of the recipe. On to Flora at the supermarket to give her back the beetroot we bought but now in a jar of chutney. 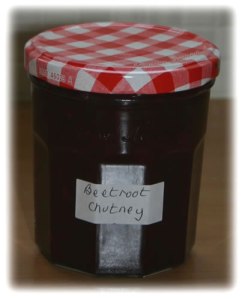 Met up with the Notary for a quick chat and she has invited us over to her house.

Had a lovely meal and debate with Panos & Rania last night. We both had their wonderful Chicken Souvlaki with grilled vegetables. Pauline had bread as well. Met an interested potential customer for the house while we were there. They are coming for a viewing.