We were told that we would get rain overnight but didn’t believe it. Woke up to rain. Unbelievable! Yesterday, I cut and fed the lawn. This morning, the weather watered it in for me. Be interesting how long it takes for the grass to resume its green and luscious look.

The hydrangeas we planted at the front door seem delighted with the water. Lots of organisations in our area have events planned for today and they are definitely not pleased to see the break in the weather.

We went out for the 10.00 am opening of Tesco. As we walked round, Pauline remarked on the dull lighting over the fruit and vegetables. When we got to the check-out, we realised why. This Tesco doesn’t open until 11.00 am on a Sunday. Archaic law. It will have to change!

The day has remained damp/rejuvenating throughout. I look forward to my grass updating very soon. We will restart our gym routine tomorrow. We have five weeks until we fly to Greece and I am determined to work hard to earn that indulgence.

Lovely to wake up to rain again this morning. Quite warm and we reached 25C/77F although fairly cloudy for most of the day. We are expected to rise to 31C/90F by the end of the week with high humidity. I will keep watering the lawns. They are showing real signs of regeneration already.

It has been a day of reminiscences which never goes well with me. I was opening a box file in our office and this photo fell out. It pictures my two, youngest sisters, Elizabeth (now 60  and Caroline (now 56). Of course, they live in my head with this image because I left home shortly after this to go to college. My first foray into tertiary education was to take up a teacher training place at the Anglican, all-women’s College in Ripon, North Yorkshire. As a (nominal) Roman Catholic male, I couldn’t have asked for better. I was one of 20 men in college of 600 women. Religion was suddenly irrelevant to almost everyone. 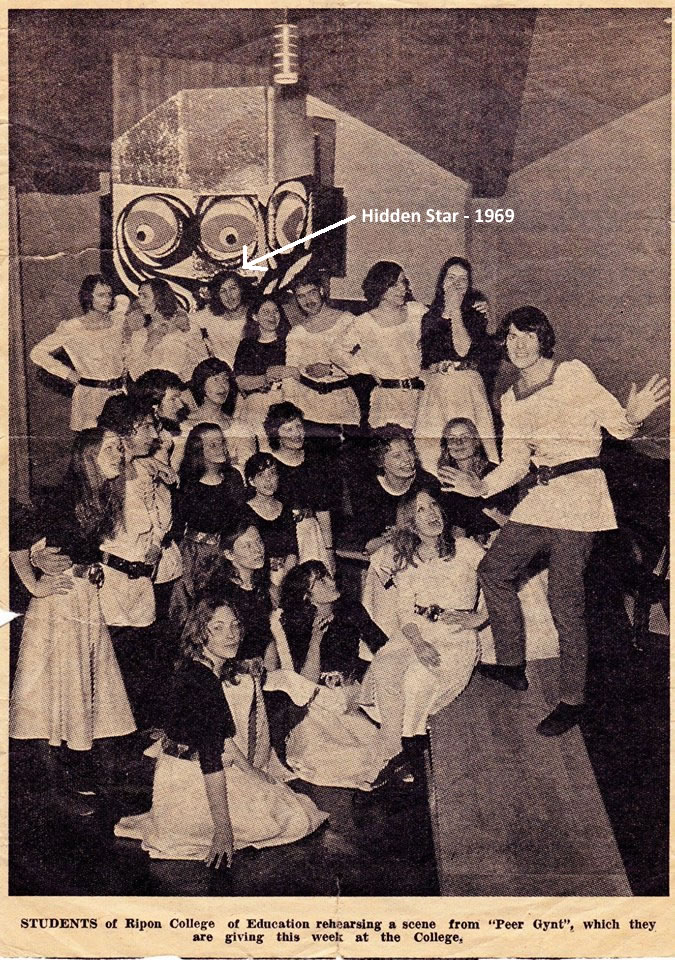 Today, those members of the ‘lonely’ 20 men were posting reminiscences of their of their own. I, embarrassingly, featured in a number. One recorded our production of Ibsen’s Peer Gynt in which I played the Button-Moulder. I didn’t enjoy it. I am not comfortable on stage or, indeed, in a theatre but it was a requirement of subsid. Drama. I also wrote my own 15 mins sketch called ‘Sentimentality’ which bombed and was not revived. Thank goodness.

Went to the gym for the first time in over 6 weeks and did a full work out. Felt good and we really enjoyed it. We have maintained our fitness while abroad by doing plenty of walking and swimming. Now we aim to move on and extend our routines. I have to start doing some sit-ups to strengthen my stomach muscles.

July is ending with another beautiful day. I think we had quite heavy rain over night -certainly, the lawns were cheering – but this morning is clear blue sky and lots of lovely sunshine. We have only reached 22C/70 F but it has felt delightful. We did a second, full workout at the gym but, at last, I got round to giving the car an inside/outside valet for the first time since we returned from France a week ago.

Since getting back from our travels,  I have switched our dual fuel power supply from BG …. to BG but on a new and improved fixed tariff. I’ve also booked an engineer to install Hive Active Heating which will connect our boiler controls to our broadband hub and allow us to control it using apps on our smart phones and our iPads.

This system is really just a digital control backbone which can ultimately be expanded to add controlled electrical sockets and light bulbs allowing remote control of many electrical items as well as delivering surveillance video stream to us across the net. Really appeals to a geek like me.

With our bank account, we get ‘free’ annual travel insurance, mobile phone insurance and unlimited entry to and services of airport lounges across the world. Having a pre-existing health condition – atrial fibrillation – I have to pay a top-up premium. Pauline renewed our cover this morning for the next twelve months and it hadn’t gone up at all.

Happy August to all readers – I almost forgot. Where am I on the Dementia Gradient? 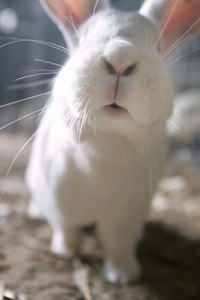 We live within walking distance of the sea but rarely go down there. Every time we visit Worthing town, we are surprised that it is on the beach. Today, we had some things to look for – Aftershave for me, Trainers for Pauline etc. – and we drove down the seafront road, past the pier and to the multi-storey carpark where we go right up to the top for the views.

It was an absolutely beautiful morning, warm, sunny and bright, reaching 22C/70F. For Worthing, it was open market day but the town didn’t feel particularly busy as a French market day would. On the beach edge there was a tawdry fair ground although not many takers for rides at 10.00 am.. Purchases made, we headed home and then did another, full exercise session. We are really enjoying getting back into this routine and celebrating the fact that we haven’t lost any of our fitness over the 6 weeks away.

Woke to another wonderfully clear and sunny blue sky at 6.30 am. Actually, we remarked on the early darkness last night. It seemed to be coming earlier in spite of a completely clear and starry sky. I know we are past the tipping point but to be noticing shorter days already is a bit of a shock.

My Mother would have been 95 this month and my Father would have been 103 in October. Going through their mementos, I found a leather folder of honeymoon records. They married nearly 70 years ago and honeymooned in the Cotswolds. Mum had saved for all those years after Dad’s death in 1965, pictures of their honeymoon accommodation and the receipts for everything from their rooms to the meals and even room service. One, particular hotel stood out for me – The Lygon Arms Hotel in the Cotswolds situated between Banbury, Worcester and Cheltenham. Mum always talked highly of her love of the Cotswolds although I’m not aware she ever went back.

This morning, I received an email from a company called Chic Retreats offering three nights of absolute luxury in a Cotswold hotel called The Lygon Arms. It’s not somewhere that I would choose to stay. I really do prefer modern over ancient. Obviously, it was to Mum’s taste and had very special meaning for her.

They were only staying there for two days en route to The Fortfield Hotel in Sidmouth – a hotel which was very grand but burned down a couple of years ago.

Unusually, I have Mum’s record of their stay in The Lygon Arms with all the charges they paid. They were there for the 22nd & 23rd April, 1950. I was born on 6th April, 1951 so one pre-conception is shattered.

Absolutely gorgeous day of blue sky and strong sunshine which peaked at 30C/86F. We walked down into the village to take a parcel to the Post Office. It is an easy and enjoyable walk from our house which takes about 10 mins..

We are always shocked to find that our village is on the ‘tourist track’ and, as we walked through the village centre this morning, tourists were having their breakfast outside the The Lamb and the sunshine underlined the ‘holiday’ character of the village. Our coast is renowned for its reputation as the sunniest in UK and people are prepared to pay for that on their holidays.

I am continuing to irrigate the lawns to bring them back from the brink of five weeks baking hot neglect. That was the order of the rest of the Morning while watching the Test Match. Off to the Health Club at lunchtime for a 2 hr session. The indoor pool is being drained for restorative work so the outdoor pool is like Blackpool at this time of the year.

We drove home to griddle (French), swordfish steaks in the garden. We dressed them with olive oil and lemon and ate them with salad. I was thinking this morning that, without any conscious intent, I hardly ever eat red meat. A popular choice during our time in France was a pate of white fish and crab. As soon as we got home, we made our own with cod and a dressed crab. Tomorrow, we will go down to the Fishermen’s Shed to buy two, fresh crabs to make some more. I love it.

After a night in which the temperature didn’t fall below 19C/66F, the morning opened a little hazier than normal but soon reached 24C/75F and is expected to peak at 28C/82F this afternoon. We went out early to walk by the seaside and buy a couple of crabs from the fisherman’s shed. Families were already arriving and setting out their pitches on the beach. Many looked as if they were there for the day with chairs, tables, umbrellas and cool boxes. Children were charging down into the sea with gay abandon that only the young can exhibit.

Instead of destroying the kitchen, we will take all the meat out of these crabs outside in the garden where we can afford to make a mess. It will be quite enjoyable to work on them in the sunshine.