A warmish day but rather grey. We reached 12C/54F but it didn’t really feel like it because of the lack of sunshine. We had no problem with losing an hour and were up at 7.00 am as normal. Politics programmes and papers plus an attempt to construct an introduction to Athens for my sister who has never been there before and is considering going. I always amaze myself how much I know about the place. We have spent time in Athens every year since 1980 and often two or more times each year. It feels like a second home.

Off to the Health Club for a full workout while it is relatively quiet and then back for our meal of cold roast duck and salad. Schools here break up for Easter on Thursday. We always used to consider the year was over by this stage. Yes we had public exams and things like that but there was little else we could do at this stage. We would go away to Greece and return to start preparations for the new school year before setting off for our 6 week summer holidays.

Talking about Greece, the news today is of Greece turning orange. Strange? Well, it sems that the atmosphere has picked up, carried and dumped tons of red, Saharan sand mixed with wind and rain across the Mediterranean particularly across the Greek islands. This photo is not shot with a filter but an unreconstructed  view of a Cretan harbour. We had something similar but less dramatic here last year.

The weather wasn’t Cretan but it was pleasantly warm today. Swimming outside was lovely and relaxing this afternoon after our gym session. It was 12C/54F as we drove out this morning. As you know, we virtually never eat red meat now. This is not an ethical choice but one of changing taste. Nor are we even marginally religious. 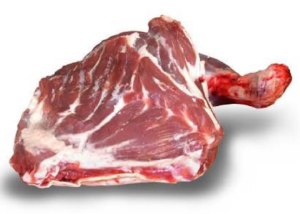 Easter has only meant two things to us. Firstly, it was a holiday which is never bad. Secondly, in Greece, it was a time when we felt like a British Muslim at Christmas – totally on the outside and bewilderedly looking in. The one thing we did take from it was roast lamb. In a spirit of integration, we would purchase half a lamb from our local, island farmer and then, after our first meal, ask ourselves what we were going to do with the rest of it. Today, we drove to Sainsbury’s and bought a shoulder of West Country lamb for roasting this weekend. You’ve got to show willing, haven’t you?

A damp start to the day but the afternoon was warm and sunny reaching a lovely 15C/59C as we swam outside. Pauline’s new fitness tracker had been excellent – for a week – but then refused to charge. I did a search on the net and found lots of disgruntled owners who’d had the same problem. One thing in favour of Amazon is the ease of sending things back. The watch has already been returned and the money credited to our account. We’ve ordered a different one from Currys/PCWorld which we pick up tomorrow.

This bracelet fitness tracker/watch for women provides all 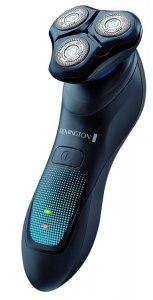 the data one could want for £70.00. Now I’ve got Pauline hooked on measuring her activities including sleep patterns, she is quite happy to pay for a better quality watch.

Today, I collected my new shaver. I bought the last one about ten years ago in a supermarket in Alsace. We were driving to our Greek home and I suddenly realised that I hadn’t packed my electric razor. It has done me well for all these years but Pauline started complaining that I was looking unkempt and poorly shaved. I hope that I will pass muster tomorrow after charging up my new machine.

I have spent part of my day completing an introduction to Athens to smooth my sister’s projected first visit. I have learnt a lot where I thought I knew as much as I needed to. My sister is a vegan. Yes, I know it’s madness but we all have our weaknesses. Did you know that Athens boasts three, vegan restaurants in the city centre. There is Vegan Nation on Ermou Street, Lime Restaurant in Dekeleon Street and Mama Tierra in Akademias. Who knew that?

I must wish my sister, Mary-Jane, a happy 64th Birthday this morning. Let’s hope she enjoys it.

A wet morning that has soon faded to brightness but not particularly inviting outside. We will be going to the Health Club in early afternoon by which time sunshine is forecast. Talking about forecasts, the Met. Office has been warning of a return to winter over Easter. Because of that, I have left any work in the garden for a couple of weeks and smiled smugly when I heard my neighbours mowing their lawns. Now we are told that it will actually get warmer over Easter and that all threats of winter weather are banished. I do remember a Derbyshire cricket match at Buxton being abandoned in early May because of heavy snow but let’s hope that isn’t repeated.

I have talked about being on the early end of the autistic scale before. Really only in retirement have Pauline & I discussed it. Certainly, it is in retirement that those traits I exhibit which might be ascribed to autism have become slightly more pronounced. Perhaps that is only now that I have the time to indulge them. Things like enjoying symmetry, lining things up, leaving light switches in the ‘correct’ position give me satisfaction.

In school, of course, we had autistic kids who were on the extreme end of the scale and, although we employed Assistants to deal with them, I was aware that they found inter-personal relationships more difficult and took the use of language much more literally. Pauline has always said I do that when she says, Turn right and I turn into a Builder’s yard rather than at the next road junction. Why didn’t she say what she meant? Well, this week, I have caught myself doing it and I’m beginning to accept she might be right.

We went to the dentist to change our appointments at the dentist’s request. The receptionist asked my name and searched for it on the database. Having failed to find it, she looked up and asked, How do you like to spell your name, John? I found myself looking her straight in the eye and saying, Correctly. Pauline cracked up laughing as the poor woman looked away and thought about how she could deal with this idiot. She solved it by asking how I spelt my surname. Easy question which I responded to by spelling it. Afterwards, Pauline explained that she needed to know which spelling of the word, John/Jon, I used so she could locate it in the index. Why didn’t she say what she meant?

Can you believe that it is nearly the end of March? We went out to collect Pauline’s new Fitness Tracker/Watch from Currys. We were supposed to be informed by email that it had arrived. We weren’t and, when we got there, they couldn’t find it. Disorganisation seemed to reign supreme. Don’t buy shares. They could be on their way out. Anyway, 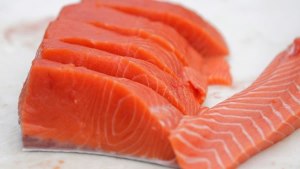 Pauline now has a new, Garmin Fitness tracker which will keep her motivated.

We shopped in Sainsbury’s and they had huge, loins of fresh tuna ready for Easter. We bought 4 large steaks for £13.00/€14.83. Later, we had no sooner packed our bags for the gym than it began to pour torrential rain and we decided to give it a miss. A short time later the sun came out.

I completed my Athens guide for my sister and then agreed our meeting place with our Sifnos friends over Easter in Kensington. My next job is to photograph and measure Pauline’s skin ‘blemishes’ as the result of sun damage. We have to do it a few times over a period of time to see if they are developing or if it is our imagination.

A wet day with only short dry breaks across the day. To avoid the crowds, we did our week’s shopping earlier than usual at 8.30 am which coincided with a dry spell. That done we went to the Health Club during a downpour which persuaded us not to swim. We did 70 mins. in the gym and came home.

I have written about sleep a number of times because it has always fascinated me. Are you a night owl or a lark? I am both. I have always worked best late at night. Often, in my early 20s, I went to work all day and then came home and worked literally all night on university essays, washed and shaved and went to work again. I can’t do that now but I do like to stay up ‘late’ and wake ‘early’. Margaret Thatcher was famously believed to be able to survive on 3-4 hours sleep each night. For most of my life, I have thrived on 6 hours.

Of course, I don’t need to now but old habits are hard to break. I have just started trying to go to bed by 11.30 pm. The 6.00 am news on Radio 4 still wakes me in the morning but Pauline says I tend to snooze through the first half hour. The moment I get up, soon after 7.00 am, I am lively in my head at least and increasingly in my body.

‘Now, not only do I monitor my exercise during waking hours but my fitness watch monitors my sleep patterns over night. I find it really interesting the spread of light and deep sleep I enjoy each day which adds up to at least 7 hours now. I am quite surprised to find how little I wake over that 7 hour period.

Greeted the last day of March with gorgeous blue sky and sunshine. Today is a ‘home’ day. House cleaning day. My jobs are to unstack the dishwasher, vacuum the house top to bottom, strip the bed for changing, dust the surfaces and drink coffee. Pauline is slow roasting lamb with garlic and fresh rosemary for our meal.

As the day has developed, the sun has withdrawn behind lightly grey skies. I watched Liverpool save their reputation against a well organised Crystal Palace. It was raining and cold in London which is disappointing because our Sifnos friends are arriving at Gatwick today. They are here for a fortnight and we are going to join them for their second week.

We will be in Athens early in September because our time is already booked up for most of the year. Since we sold the Sifnos house, we have been staying in Athens in the early Autumn. It is there that we first ate filo lamb parcels. Pauline loved them and she will be using the left over lamb to make them again this evening to be saved in the freezer. Filo has been bought because we have decided that life is too short to make our own for this. Otherwise, we never eat pastry.