Happy 60th birthday to my little twin sister and brother, Liz & Mike. Who would have believed that even they would eventually age?

Quite a chilly day which only reached 13C/56F although there was plenty of sunshine. Storm Brian turned out to be something of a damp squib no more than a strong breeze. My lawns, which are cut to winter length, looked like lush green sea in the wind but that was about it. The clocks go back next week but we have anticipated the changing season by roasting our first pheasant for nearly a year. I’m still in short sleeved shirts but it feels as if 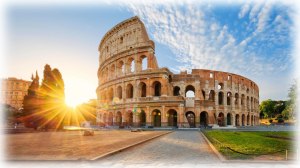 I won’t be for much longer. Now is the time to regret not looking for a replacement to our cancelled month in the sun in the Canaries.

Today, political programmes accompanied by the Sunday papers have been on the agenda followed by watching a poor Everton side be easily overhauled by Arsenal which may well lead to the third Premier League manager to go this season. In idle moments, we have been discussing and researching a springtime trip to Rome to keep us moving.

A dull and dank day only reaching 16C/61F. Every time we go away and use someone else’s Wi-Fi network, one of us finds our email service splutters and causes send and/or receive problems on our return home. Invariably, it rights itself over the next few days but, as the computer literate member of the house, it is my responsibility to sort it out. Wherever we

go, we carry smartphones and iPads which have to pick up the hotel’s wi-fi network and it is this which sparks the problem. It knocked out Pauline’s email service this time. I could get it to receive but not to send. It has taken me quite a few hours to sort t out but we are breathing more easily now.

I have an apology to make. Little Lizzie Dripping has confirmed what my eldest sister, Ruth, had already told me. I have been sending her birthday congratulations a day late for years. She and Mike were 60 on Saturday. I have altered my on-line calendar to reflect that for subsequent years. I apologise for that but not for her other complaint which was that I had chosen photos that made her brother look sexier than her. Well, I can see her point!

She prefers to have herself represented by this photo taken over the weekend in Budapest. She’s a lovely girl although I’m not sure about the jacket. Probably picked it up in a Tyneside Charity shop. I know I am old and my judgement is suspect but I don’t think she looks 60.

Somehow, as one gets older, medical problems play more heavily with one’s mind and emotions. This morning, we were out early for 8.00 am dental check-ups. We have joined a new dentist. It was proving too far to drive back to Surrey every time we needed treatment. At one time, we were even travelling to central London to visit a dentist. Today and quite prosaicly, we visited the new dentist surgery in Sainsbury’s. It is impossible to get an NHS dentist so we have bought dental plans which only cost £100.00/€111.60 for 12 months and provide an initial check-up plus x-rays followed by 2 trips to the dentist plus 2 hygienist treatments per year.

As I went through my initial check-up, he was announcing to his assistant, Upper 4 – bad staining bone loss 4, lower right 7, bad staining and bone loss 3, etc.. X-rays were taken and flashed up on the screen before me in negative format. It made my teeth look terrible rather than just well lived in. Internally, I shrank in humiliation. I must admit that I have never liked dentists and once went for ten years without visiting one. I do clean my teeth twice a day but the task is performed fairly perfunctorily. I like hygienists even less. They definitely hurt me as they probe my gums and I avoid them like the plague. I drink coffee and red wine and that stains my teeth which are difficult to keep white. Effectively, I have old man’s teeth. At least I don’t chew baccy.

When we got home, I had an email from the Haematology Team at Worthing Hospital giving me an appointment to meet them to discuss my warfarin use. While we were discussing dates on my diary, the postman delivered a heat pad that Pauline had ordered to help me ease the pain I am experiencing from my ‘frozen shoulder’. Nothing more than this makes me feel old. It is debilitating and limiting and the heat pad is so reminiscent of the sort of thing your Granny might be seen using that I wanted to hide it and go out for a game of rugby. I did neither, of course, and using it today has definitely helped. Just don’t tell anyone.

The last week of October. We swam outside in 18C/65F with warm sun on our backs. What a delight.

In Greece, the weather has taken an autumnal turn. It was the final rehearsal for lighting the Olympic Flame to be taken to Pyeongchang, South Korea for the Winter Olympics in February next year. The lack of sun was the problem and the torch was only lit on the third attempt due to cloudy weather. Greece is not the place to be as the weather turns down towards winter – not if you like comfort anyway. Particularly not if you would rather avoid leaks and draughts.

I am falling in to bad ways again. I had about 40 bottles of Colgate Gum Health Mouthwash and, over the past 18 mnths, that has dwindled to only 8. I was beginning to feel uncomfortable at that exposure.

After forensic research, I found it being sold at £2.50/€2.81 per unit from Superdrug as opposed to the headline figure of £5.30/€5.95 . Pauline ordered in bulk and we went to pick them up. They will now grace bathroom cabinets until I get down to 6 or so and feel the need to stock up future reserves.

A warm night was followed by a warm day which reached 20C/68F by mid-afternoon. We spent a chunk of the morning visiting three different supermarkets sourcing lots of different items that Pauline had researched in advance. We were delighted to find lovely, big swordfish steaks which have been absent for a couple of weeks. I’ve been getting

withdrawal symptoms. We grilled them outdoor for our meal this afternoon after returning from the Health Club. However, something amusing happened at our final shop – Tesco.

I love tech and gadgets. I like to use my smartphone to facilitate things so I’ve been delighted to see Tesco develop a ‘smart pay’ system that incorporates the club card and cashless payment system. Shopping is ‘scan as you shop’ with a barcode reader handset which is really useful and quick. Really, we hardly need a shop assistant at all. Having filled our bags in our trolley with a total of about £115.00/€130.00 of groceries, we just read it on to the POS terminal and then scan our smartphone apps to collect points and pay.

On this occasion, however, all did not go to plan. The scanner refused to read my phone code and I had to seek assistance from the helper who was loitering for that purpose. He was a middle aged man with a thick Irish brogue. He was delightful but new nothing about the automatic checkout system. He immediately looked totally out of his depth and confessed that he had never dealt with such a problem before. Unlike some of his younger colleagues who panic when faced with this type of problem, he was a picture of amused calmness. You have to imagine this being voiced in thick, Irish accent. He said, Have you tried to pay the  £115.00 for your shopping? Yes, you have. There is nothing more that you can do. Take it and go. I don’t have a problem with that. We did a double take and both agreed that we didn’t need to steal £115.00 of shopping from anybody even Tesco. We went to a different checkout point and everything sailed through. We drove home with an easy conscience and a real sense of righteousness.

Gorgeous, mild day. I noted that Yorkshire experienced frost in the countryside. We had clear skies and half a moon last night but didn’t fall below 12C/54F. Blue skies this morning were graduated by high flying jet trace lines as planes soared out of Gatwick across the Channel.

Down below, I was mowing the lawn. Of course, it has to be cut much higher at this time of year and we are rumoured to be in line for a few cold days soon so all the more important

to protect it. Talking about protection, we called in to the garden centre to buy a couple of fleece hoods to protect our fig trees if the weather looks like it may get down to freezing. I don’t think that happened last year but it’s good to be prepared.

Thought I would share this letter with you that I picked up on Twitter. It really appealed to me because it nicely illustrated the problem one has in arguing with many Brexiteers who just blithely shout, What are we waiting for? Out means out. Get on with it! When it is suggested that they haven’t fully understood the complexities of their position, they reply that it is boring and reside in a complacent, Everything will be fine. The letter was written by a constituent to his MP and is an allegory of the Brexit process. 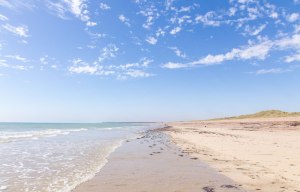 Cold night and chilly start to the morning. Turned in to the most gloriously sunny day which reached 16C/61F but felt warmer in the sun. In spite of the lovely weather, we haven’t gone to the Health Club.

It is baking and preserving Saturday here. Pauline is making savoury sources, pickles, jams and making the Christmas cake. It is a hive of industry and the smells are to die for. I have been feeling hungry all day. In her spare time, Pauline knocked up a delicious, home-made tomato soup and we followed that with sprattus sprattus or whitebait from the Baltic Sea and garlic sauce and salad. feels like the Summer’s back!

Summertime officially ends in the early hours of tomorrow morning and the clocks go back one hour. Gone are the days that we have a major task adjusting clocks and watches. We have 4 radio alarms, a kitchen wall clock, two smartphones, two laptops and a desktop computer that all adjust themselves over night. I have two clocks to fix in the morning on my coffee maker and on the oven. Why on earth anyone needs a clock on their coffee maker, I’ll never know. I want my cappuccino at 7.57 am precisely. Why? It switches of automatically having rinsed itself anyway. The problem is that I can’t turn my coffee maker on each morning and see the wrong time. It would really work me up.

Of course, the time saved in bed is no longer relevant to us. Workers will appreciate it but shirkers like us will hardly miss a beat. The real upside is lighter mornings which encourage one to get out and active and darker, ‘tucked up’ evenings which suit our pattern much better.