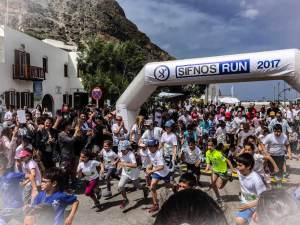 April is signing off  on an uncharacteristically wet note. Having mentioned last week that we had hardly seen rain in the past year, today was warm and wet. The lawns were screaming their thanks. We had already decided to stay at home. Why mix with the hoi polloi on a Bank Holiday weekend. Did you know that hoi polloi comes from the Greek, οἱ πολλοί or ‘the many’. Below are οἱ πολλοί of Sifnos on their ‘Sifnos Run’. This is the start line and the presentation area at Kamares harbour where it is certainly warmer and sunnier than West Sussex today.

I have been very lazy today but I am tired after this fairly busy week. I certainly couldn’t have taken part in ‘Sifnos Run’. Reading the newspapers, writing to friends and watching 3 football matches has been the sum of my exertions.

Friends/Fellow students from College days – some 48 years ago – were in touch today and one posted this very poor quality photo of me in 1970, 19 years old and flying down the wing in the College football team. I have never been a footballer as they soon found out and dropped me. I was a rugby union player in the distant mists of time. It feels so strange to be in touch with an old life that I can barely believe I was part of. 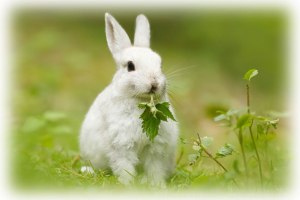 Solidarity Brothers and Happy May. A lovely, warm morning to greet the new month. I’ve spent the past hour drinking fresh coffee and listening to a podcast of the Prince of Darkness, Peter Mandelson, reprising his part in the Labour landslide of 1997 – 20 years ago today. You will remember that Blair avowed to eschew ‘soundbites’ and then stood on Downing Street steps and said, A new day has dawned, has it not? followed by, I feel the hand of Destiny on my shoulder. They were heady times. We will not see them again for quite a while.

Twenty years ago, I found a white flowered climbing rose called Sanders White. I had to buy it and plant it out in my Mum’s garden. Unfortunately, Catherine Sanders hated it and had it removed as soon as possible as I found on my next visit. Pauline’s Mum – Jane Farrow (1914 – 2010) was always known as ‘Janey’. She was a lovely lady who was a real survivor, dying at the wonderful age of 96. When we found a Fuschia called Janey, we had to have it. We put in two which we believed were Hardy Fuschias. During the last winter, which was relatively mild, ‘Janey’ lost all her leaves and was reduced to a pile of dry twigs. We were convinced she was gone. In the past couple of weeks, she has surprised us both and fought back through the bark mulch and looks like she will put on a strong display later in the summer.

Lovely couple of hours at the Health Club this afternoon although we were surprised to find so many others there today. They should be relaxing in the garden with a barbecue. We did our own ‘Sifnos Run’ and exhausting it was too. I was pleased to see ‘old friends’ out supporting the island run yesterday. Today we did

When we came home, feeling absolutely knackered, we ate Greek Salad & Whitebait. Life could be a whole lot worse.

Absolutely gloriously sunny day which reached 18C/65F in mid afternoon. Went out to buy fresh octopus for tomorrow’s lunch – as you do. Where do you get it? Well, Morrison’s any day of the week. Pauline will boil it, let it go cold and then slice it thinly to be served with olive oil and lemon. Delicious and very cheap unlike in Greece where it is very expensive in the tavernas.

We went on to the garden centre – all risk of frost has passed down here and Easter and Bank Holiday crowds disappeared. We are only shopping for pot plants which we can ask our neighbours to water while we are away. We are growing herbs:

These will complement the large Tarragon which has rejuvenated from last year. I also bought some Geraniums (or Pelargoniums strictly speaking). I am a sucker for these plants particularly the bright red flowering varieties.

We are told that April has been a very unusually dry one. We could have told them that. Fortunately, we have water on tap and don’t really need to worry too much about that. Britain, after all, invented rain.

We are resting our weary bones this morning. A building company ‘snagger’ is coming round to replace a couple of external door seals which were splitting. It meant that we decided to miss our gym session and do our ‘big shop’ today. We were out for a couple of hours  but back in time for the Daily Politics and to hear the EU negotiator, Michel Barnier, helping May’s election appeal by attempting to frighten the British electorate. 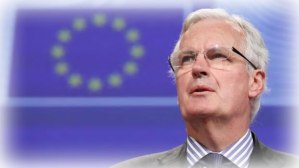 Barnier has turned the UK’s stated aim of pre-empting all negotiations with an agreement on Europeans living in Britain and Britains living in Europe. Europe are determined to make this as difficult and expensive as possible and, quite definitely, bargaining chips in the final accounting process. This should make expats on both sides of the Channel feel very nervous because it increases the likelihood of the UK government walking away completely without an agreement and that would be very bloody for both sides.

In our Greek garden, we had a couple of fig trees which were fruiting well by the time we left. We would like to grow some figs in our sheltered, south-facing, Southern English garden. I have taken advice and there are two varieties that will do well down here – Rouge de Bordeaux which did well at Versailles in notoriously chilly gardens and Brown Turkey which is probably better known. I will plant them in full sun and train them on the garage wall to benefit from the sun’s residual warmth in the evenings. I will keep you posted on their progress or lack of it.

Local elections on a grey and overcast day. Most people would be hard pressed to know that there is an election. We have had just one leaflet through the door and that was for the Conservative candidate. I was amused to read that the UKIP candidate is called Evariste Lardeur. You can’t get more English than that, can you?

As we left the polling booth in the local Community Centre, the sun came out and the temperature soon read 16C/61F. We went on to the Health Club and did another couple of hours. Now the kids are back in school and the Bank Holiday weekend is over, we have the outdoor pool to ourselves after our hard workout in the gym. It is delicious swimming with the sun on our backs in warm, clear water.

In Greece, that awkward hiatus between Easter and Summer is under way. The Skiathan has been giving us a countdown to Summer (according to the first Charter Flights arriving) but, in reality on the smaller islands, commerce jogs along underwhelmingly until the real crowds arrive for ‘money making time’.

As in so many other years in recent times, the tourist industry is advertising its wares against a backdrop of political and economic uncertainty and deprivation with noises off from the emboldened, one party state known as Turkey. Developments on Greece’s periphery are of great concern. A crisis with unforeseeable consequences is already under way in the Balkans in Albania, Kosovo and the Former Yugoslav Republic of Macedonia (FYROM). However, Turkey undoubtedly remains the main concern. No one can rule out a military act by Turkey against Greece and they already plan military exercises with live ammunition in international waters south of Kastelorizo. Turkey also have the whip hand over control of migrant movement which is already increasing to Greek islands as the weather and seas improve.

To make matters worse, Europe have forced the Greek government to accept increasingly humiliating and difficult terms in return for the next tranche of their bailout. Pensions are to be cut savagely again. Tax-free bands of earned income are to be considerably reduced and – at last – the self-employed will be hit by new tax charges.

Predictably, Greek organised labour is flailing around in desperate futility. Over the May Bank Holiday, transport was crippled by strikes in Athens and ferries were off on Monday. The seaman’s union, The Pan-Hellenic Maritime Federation, have announced another two day strike as ‘tourist time’ gets underway and threats a ramping up with rolling strikes going forward. Their shouted demand is, Take back the new austerity measures! It remains to be seen how long the government can allow them to threaten the cash-cow that is the country’s tourist industry. 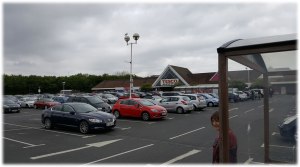 Well, it’s not sunny here or warm. We haven’t got above 14C/57F under moody skies. We drove down to Tesco about a mile from the beach. Seagulls here are vermin. They are growing in numbers and a pest in the neighbourhoods. It is a little know fact that it is illegal to feed seagulls and punishable by a sizeable fine. I can’t find out if it is illegal to poison seagulls. It is amazing how big and intimidating they are when you get close up. In Tesco carpark, they can be found rooting through discarded food bags with an acquired skill. They sit on the lamp standards waiting to attack. 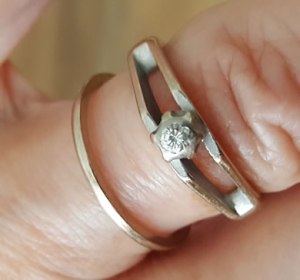 We drove on to the shoreline fishmongers to buy Sea Bass and then home before going off to the Health Club for another couple of hour’s work. We will go again tomorrow to make it five out of seven days work. I do about 3,500 – 4,000 calories worth of cardio work each week which is at least two days full calorie allowance for me. I may not come into JaneBG’s category but that feels enough for me. At least I am beginning to find my recovery is coming rather more quickly now. 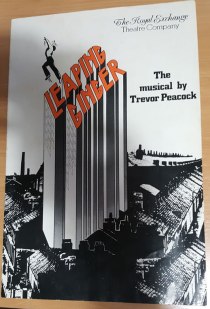 It is 39 years ago this month that Pauline asked me out for our first date. We went out to dinner and I knew that night that she was the one for me. Within two months, I had gone out and bought an engagement ring  before asking her. I took her for Dinner – Duck & Black Cherries – and to a performance of Leaping Ginger at the Royal Exchange in Manchester which starred a very young Robert Lindsay.

I was terrified that she wouldn’t like the ring although I was confident that she would say ‘Yes’. She said, ‘Yes’ and that she loved the ring. Whether she meant it, I’ve never been sure. At least she is still wearing it. I fear it is rather aggressively ‘of its time’ in terms of the design but she insists she is still happy to wear it and rarely takes it off other than when she is making bread.

Lovely, warm, sunny day that reached 18C/65F. It has been an active day. From soon after breakfast, I was out in the garden mowing the lawns, potting up the herbs, cleaning the patio. We went to the Health Club later and did two hours exercise. I burned nearly 800 calories. I have done my 15,000 paces today. If anything, we over did it. I wanted to sleep when I got home. Although I hadn’t eaten little all day, I almost felt too tired to eat my meal – Roast Salmon & Tomato Salad. I love roast salmon with a little pesto topping!

We are looking at a month in Lands-are-Grotty in November for some winter sun. Our dilemma is whether to go to a posh hotel with all inclusive which has real implications for the diet or to rent a villa where we can self-cater.