Can’t believe that the first month of 2017 is almost gone. Soon I will be 66! That is quantitatively different to 65. I will soon be on the downward slopes to 70. I don’t know where the brakes are. It has been something of a day for introspection.

I was reading an interesting report this morning about some research which appeared to bear out the saying that, in death, one’s whole life flashes before one. There is, apparently, some evidence to suggest that life events really are the last to leave the brain as it dies and reappear although not in linear or sequential form in the final three minutes before death.

Unfortunately, we went on to watch the heart-tugging serialisation of the drama, Call the Midwife which is adapted by Heidi Thomas from memoirs of Jennifer Worth. It is a moving and colourful look at midwifery and family in 1950s East End London. Although I was born in to a middle class, east Midlands family, many of the concerns and activities in this drama echo strongly with my 1950s childhood. Experiences forced through the prism of time are reflected in shadows of real pleasure flooded by sadness. I must get out more.

It’s going to be a warm and wet week. At 9.00 am, we are reading 8C/46F and we are expecting 10C/50F. Rain was heavy last night and is forecast to feature in some part every day this week. Shouldn’t have bothered cleaning the car yesterday.

This week, we have got a concentrated run of cerebral activities at home balanced by physical activities at the Health Club. I am going to pick up my ancestry research and attempt to finish a book analysing the Brexit vote which I downloaded over Christmas. I have been so involved in other things that reading books has rather fallen by the wayside. Next week, the weather is forecast to be dry so we may use that period to go out and about. I need to use this week for reading.

For 15 years, we drove across Europe either from Zeebrugge or Calais to Ancona where we caught a ferry down the Adriatic. Our first trip was in 2000. At that time, there were 40 ships sailing the Adriatic with the Greek flag. We first took a trip on Blue Star’s brand new Blue Star 1 ship. It was an optimistic start. In recent years, the number of Greek ships had been reduced to 10. Today, only seven Greek ships sail in the Adriatic. The Minoan ships left at the end of 2016 and now are limited to the Aegean. It is a symbol of the decline.

January 2017 goes out with a whimper of dull, wetness. At least it is relatively mild at 8C/46F and things can only get better.

My wife is wonderful. Each day she brings our accounts up to date on her accounting package and then gives me her back-up stick to copy it on to my computer. I don’t even both opening it most days but, this morning, I was checking something and laughed as I found that the accounts were forward forecast to 18 March, 2020. Not only were our finances healthy but she was assuming we were both healthy too. She swears by positive thinking. I ‘m not so sure!

A first at the Health Club this morning. I’m on the jogging machine watching a distant television set showing the parliamentary debate on Brexit and listening through headphones plugged into my jogging machine. It is a fantastic debate with passionate speeches on both sides and up steps Ken Clarke. His speech in favour of voting down the triggering of Article 50 is intelligent, witty, informed by 50 years of experience in public life and unflinchingly honest as only someone who has seen it all and is stepping down at the next election can be. I am not a natural supporter of Clarke but his speech is so gripping that I forget I am on the jogging machine.

Suddenly, I was grasping for grip as I lay horizontal, tethered by my still connected headphones and as the treadmill belt burned skid marks in to my knees. I’ve never had skid marks on my knees before. Fortunately, a lovely, young woman exercising on the machine next to me heard my groans and saw the whites of my eyes as I struggled to realise what was happening to me. She hit the red, emergency stop button on my machine and I started to recover my dignity.

Cosy and dry at home, we have been planning our main, Summer trip driving across Europe. We are going to take a different route to Ancona, do it more slowly and stay longer en route in France and Italy. So far, we are going to drive Calais, Reims, Dijon, Lyon, Nice, Genoa, Florence, Montepulciano, Ancona. 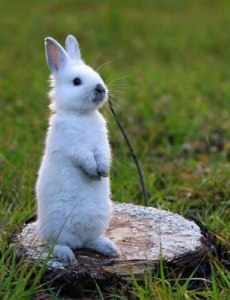 Welcome to February 2017, a new month which is starting dark, damp and cool. It is the shortest month, speeding time erosion up but hastening the Spring.

The word February is believed to have derived from the name ‘Februa’ taken from the Roman ‘Festival of Purification’.  The root of the word could be februo meaning ‘I purify by sacrifice’.  Although pure already, I sacrifice most days just in case. As part of the seasonal calendar, February is the time of the ‘Ice Moon’ according to Pagan beliefs.

We are finding it hard to adjust to the fact that we will be leaving the EU in a matter of weeks while preparing to spend weeks travelling through and staying in the very countries that we are leaving. Therein lies the madness.

Quite a warm day which actually brought some sunshine and ended with an interesting sky. We reached 11C/52F in mid afternoon which felt pleasant as we left the Health Club after another good workout and one in which I managed to stay upright on the treadmill for 45 mins. My knee’s still a bit sore from coming off it the other day. A sign of age, I suppose.

An article in The Times today says that simple tests of health in age include being able to stand on one leg with eyes shut for 10 seconds and being able to get up from a sitting position in a chair without using the arms 22 times in 60 seconds is another. I don’t know about you but my balance has never been good. I tried it in the kitchen this afternoon and fell over on the count of 2. Pauline didn’t do much better. I am going to practice every day for a month. I will report back on my progress on March 1st.

I wrote the other day on the testing for Altzheimer’s/Dementia which I would have failed for years. I have driven to Tesco from our house at least once every week for the past 40 weeks. I can summon a picture of Tesco in my mind and the roundabout I go round just before the carpark. I can summon up a picture of my car on our drive at home. I cannot summon up the link between the two. This is not something new. I have been geographically-challenged since my youth. I find map reading difficult although I got my badge as a scout and passed ‘O’Level Geography at school. I fail the practical. Never has an invention been more valuable to me than the satellite navigation system. Of course, my best navigation is done by my wife who absolutely relishes it. We make a good team.

The day started well but nosedived in the mid afternoon. These two weather-watcher snaps illustrate the development well.

Pauline is suffering from a bout of Blepharitis from which she has suffered for a long time. We made an early trip to the chemist for an antibiotic cream to treat it. Throughout the winter, each morning we eat a bowl of home made soup before leaving for the Health Club. Today – and for the next couple of days – it was the most wonderful, roasted vegetable soup on a base of turkey stock from the freezer. As we walked across the carpark to the Health Club, the weather was already changing and spitting rain arriving. By the time we left, it was dark and seriously wet although still 10C/50F. We drove home and put the car in the garage and walked in to a warm house, almost feeling that Friday Night Feeling for the first time for years.

We are told that there is a shortage of supply of vegetables from southern Europe after a particularly cold and wet winter. Today, we are told that supermarkets are rationing iceberg lettuces but, as some wag pointed out, that’s just the tip of the iceberg. We tried to buy courgettes the other day to no avail and, this morning we struggled to buy fennel bulbs for a rabbit dish we are cooking tomorrow. Only Sainsbury’s had any left. How would we have survived?

Actually, I am not allowed any green leaf vegetable so my allocation is available to ‘sealed’ bids on a daily basis. Tesco is allowing customers a ration of just 3 iceberg lettuces per day. Who are these people? That is really taking salad to another level but, on that basis, I will happily give my 21 lettuces a week to some, desperate   salad feaster.

The day has been quite delightful with blue skies and lots of warm sun. Ironically, we have spent most of the day in doors on projects in the office and sporting distractions on television. It is always nice to complete correspondence which you’ve been meaning to get round to for weeks and today was one of those occasions. We also booked an electrician to come and quote us for some additional fittings. I mapped out our European drive for early Summer, started to check out hotels for our stopovers and to work out distances and driving times. We have never really gone in for spontaneity.

Interesting articles in the Daily Telegraph this morning about the state of European Political Economies with particular reference to Italy and Greece. Although it was based on the decade old argument about the differential interest rates required by northern and southern European economies and their inability to activate monetary policy according to individual country’s needs, this analysis referred specifically to the urgency for Italy to leave the euro and reiterated Greece’s need to do the same. In Italy, this theme is both prescient and much discussed. There is a strong band of opinion in favour of such action. In Greece, one senses that further austerity measures will bring Greeks to that opinion as well. Although it will mean short to medium term pain, it will free their economies to adopt policies to bring them back to health in the long term.