Gorgeous day. We were up early and emptying our garage to take everything to the storage for the next few months. We drove through warm sunshine loaded up with boxes. We now only have immediate necessities for the next couple of weeks and clothes which still have to be packed.

We came home and griddled fillet steak and vegetables – shallots, courgettes and mushrooms – outside in the delightful day. Fresh, British strawberries, raspberries and blackberries with a dollop of yoghurt have been our pudding every day for months. They are wonderful and I am addicted.

In Greece, the writing is already on the wall. New Democracy have conceded defeat to Syriza who look to be achieving around 35% of the vote – just short of a parliamentary majority.

The lunatic Golden Dawn have gained around 7.0%. This may well be their nadir and one from which they will subsequently fade over the next few years.

The re-election of Syriza means the bailout terms will be adhered to and anything else the EEC demands. The Single Property Tax (ENFIA) which has been levied over the past two or three years is based on the surface area and not the actual value of the property. This has led to tax rates which have outraged the property owning classes. The annual tax rates come close to 2 percent of the real value of a property, while the real tax rate on the income that a property can fetch often exceeds 50 percent. We were so lucky to get out before they impacted upon us and, in a weird way, grateful to Stavros for completely bungling our building finances which delayed the legalisation of our power supply which delayed the signing off of our property build which delayed the levy of the tax. All those Greeks who own small, old properties – often inherited and unused for years – are paying the price for the indulgence.

A damp autumnal day today full of mists and mellow fruitfulness. We’ve now packed and moved almost everything bar our clothes to storage. All services – Burglar Alarm, Electricity, Water, TV/Broadband/Phone have been alerted. Our Buyer’s Welcome Pack has been finished so we can enjoy our last couple of weeks here. We intend to make a trip down to Sussex in the next few days to see how far the build has moved on since the end of August.

The Greek property market remains a global laggard as the continuing decline in prices means the country still ranks among the worst performers in the world in this respect. According to the latest survey by the ‘Global Property Guide’, on the second quarter of 2015, the local property market had the third worst performance among 40 countries as property prices dropped by 5.92 percent on an annual basis. 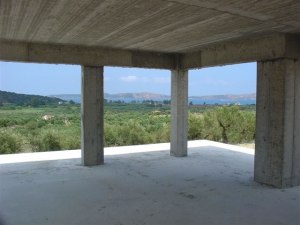 Higher property taxes accompanying plummeting property values is a recipe for extreme pain and stasis in the market.

Warm but sporadically heavy rain this morning although we are told the afternoon will dry up. Hope so because we are taking our filing cabinets to the store if the weather’s alright. This morning I’ve been producing a timeline of what is happening to us between now and the middle of December just so I can keep a handle on things.

I’ve also been preparing a picture of our Duplex for framing. We have a tradition of framing and mounting a collection of photographs of the properties we’ve bought and sold over our married lives and I will put them up in the Study of our new house. I will even include the advertising sign that was mounted on the gate of our Greek property for the best part of a year before we sold. It will look good in the new house. 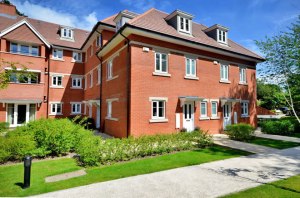 There is a sharp cartoon in Kathimerini today: 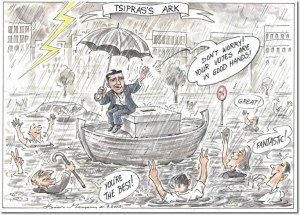 and you do have to wonder how much he is benefiting the majority of Greek people.

The Autumn Equinox – equal night and day. I must admit, I make no concessions to it – up at 7.00 am and to bed at midnight is my unerring routine. Today, we all but completed packing and removal of all our goods and chattels with the exception of the clothes we will need in the next few weeks. We still have space in our storage pod so we can get in quite easily to retrieve things if we need them.

Today, I took the lovely, Lavender plants – Stoechas Pedunculata –  that have flowered all summer in pots outside our front door and planted them out in the beds as our own contribution to the communal gardens. 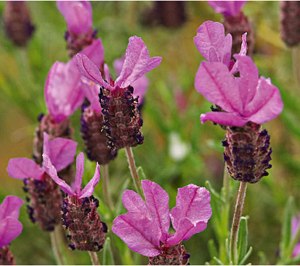 We leave, putting the keys through the letterbox as we go, two weeks today.

Interesting day. Lovely, sunny, warm weather. We griddled filet steak and vegetables outside in the garden for our meal. We completed the purchase of our new property by transferring 10% of the purchase price with the other 90% to follow in around 4 – 5 months. It turned out to be a very old fashioned affair in which we could only transfer a maximum of £20,000.00 on-line so we actually had to drive to a bank branch to send the deposit. Haven’t been in a bank for a very long time.

We are going down to see building development on Tuesday. Apparently, the roof is on and windows and doors will soon make it watertight. This will mean that the winter weather won’t hold development up. It is timed for completion by March. We are hoping for earlier.

Lovely day full of sun and blue sky. We did a quick trip to the surgery for my blood test – pre-annual review – and free ‘flu jab. Off to Tesco for our weekly shop because we have a fistful of money-off coupons to lure us back plus very cheap petrol. We filled the car for £1.05/€1.42 per litre today. We are having to think very carefully about our shopping needs with only 12 days left here. Today, we griddled squid (calamari) in the garden and ate it with Greek salad.

It has been a lovely, long day of sun and blue sky. I must admit to rather an inactive day at my computer to keep up with correspondence and in front of the television to watch two Premiere League matches and the England – Wales rugby match from Twickenham. I did do the cooking and that was outside again – griddled chicken with griddled vegetables.

Pauline continued to pack boxes. My one contribution was to remove the wine racks from the walls – they provide 140 bottle storage and will be useful at the new house although, I’m going to have a wine cooler fitted in the new kitchen.

They store so many bottles, it takes me all week to get through it. We are going to France soon so I will have to moderate my buying until we’re settled again.

Can you believe the report this weekend in Greek Reporter amongst others:

The Hellenic Statistical Authority (ELSTAT) reports that the phenomenon of illegal accommodation sites is constantly growing in the country, causing great problems for the authorities, due to tax evasion.

Tax evasion? They will have to get a grip on legal accommodation sites first. They are much bigger evaders of tax than the little people trying to make ends meet. I’ve already written to the Greek Finance Authority with my concerns on tax evasion in the tourist industry and, particularly, double or false accounting which has become a way of life.