Almost mid-June and the morning is warm with light, fine rain. The gardens are desperate for it. Greeks would pay for it – if they had any money! The news from Hellas just gets worse. Adult unemployment is up to 26.6% and youth unemployment has reached 60%. Despite optimistic voices, Kathimerini screams rather tautologically:

Rental rooms’ occupancy rates down up to 50 percent 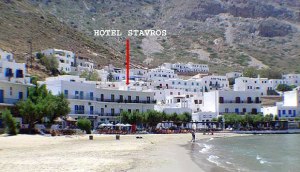 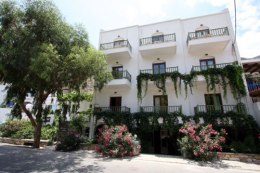 Hotels like these on Sifnos cannot know if they will be still under the Euro before the end of the season. Can they provide consistent service in a turbulent economy? Why take the risk? Kathimerini’s next headline tells us:

and we are part of that statistic this year although we have only delayed until the end of August but it is a sign of the times. If you add to that the immigrant problems that are swamping Greek islands, maybe Turkey would be a safer bet.

A warm (20C/68F) and rather humid day. Pauline had to go to the local surgery for tests. Her appointment  was at 9.23 am. I love that specificity! We were home by 10.01 am. At 11.30 am we went to do an hour’s workout at the Health Club and, unfortunately, missed a call from our estate agents who wanted to conduct an instant viewing. The will rearrange later in the week. In spite of the fact that I bought enough wine to last me nearly six months when we were in France, I have decided to abstain for at least a couple of months or until we leave for Greece. Our meals will now be accompanied by sparkling water for the next few weeks. The discipline will do me good and save a lot of calories off my daily total. So much of our cooking is al fresco griddling that the cheap, try-out model griddle we first bought is being discarded. We’ve now ordered a commercial quality machine from Lancashire. 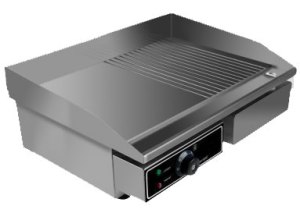 It is incredibly cheap at £138.00/€191.00 and, hopefully, will go with us to our new house. In addition, Pauline has found a replacement for the table lamp shade broken recently. 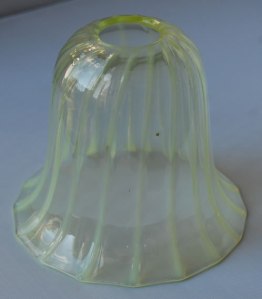 Warm (22C/70F) but hazy, humid day. Everything we’ve been doing is too exciting to mention – well, we cleaned the patio and watered the newly planted bushes. You see, I knew you wouldn’t be able to contain yourselves. An hour at the Health Club and another half a stone in perspiration has left me light headed in this humidity. Roast cod, roasted fennel and garlic mushrooms for our meal today – with sparkling water! Nice to see Barty Simpson back on line this morning.

Muggy morning. Our neighbour, General Vicky is coming round for coffee. She intends to put her property on the market this summer to take advantage of rapidly rising prices and we are having a strategy meeting to co-ordinate our marketing. It is also Prime minister’s Questions in the House so I will have to be at the Health Club earlier in order to watch it while I exercise. The British Government is offering advice to tourists to Greece today. Under a headline of

Treasury Braced for Turmoil as Fears of Greek Exit Soar

There are fears that a Greek default could mean restrictions placed on money entering and leaving Greece, having ramifications for the financial services industries and causing problems for British tourists.

British tourists in Greece this summer will initially have to rely on their tour operators. However, the Foreign Office will be in touch with travel agents, providing advice to citizens on what to do about money, and may help if tourists become stranded.

What about civil unrest? There is the possibility that travellers may be held up by strikes or protests. You will not be compensated by an airline for any resulting delays or cancellations because such unrest is considered to be an “extraordinary circumstance” so make sure you take out travel insurance before you leave and ideally as soon as you book. …….

…….the Greek authorities could introduce administrative controls on people’s access to their money. Deposit withdrawal limits could be introduced, along with restrictions on the amount of money that can be transferred outside the country.

It is certainly not a happy place to be. It may seem life as normal on small Greek islands but only if one ignores the bigger picture which will certainly impact on them as the centre breaks down.

Warm day – 22C/70F – and just the day to go strawberry picking. We went to a local farm and filled two large punnets in just over 10 mins.. 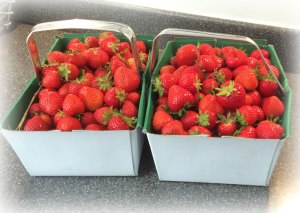 They looked lovley, tasted wonderful and it was only after we got home that we found we could have bought them more cheaply in Asda, They were charging us extra for the experience of picking them for ourselves. Back at home we received a phone call to tell us of two viewings on our property on Saturday. We then got ready for lunch with a group of Pauline’s relatives at the Maybury Inn. The food was lovely. Pauline and I had Calamari starter and Sea Bass fillets for main course. Really enjoyable. 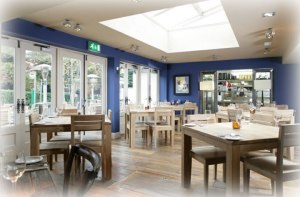 I had to be at the Doctor’s Surgery by 4.30 pm to talk to him about my fainting/collapsing experiences lately. He told me that it was not only a feature of older age but my blood pressure tablets were no longer appropriate since I have lost so much weight. He removed half of my Doxazosin dosage. I now take very few drugs at all. I will remain on a Statin and Warfarin for life but the others will soon be gone.

A warm and muggy day which felt a little sticky and uncomfortable. We received a phone call first thing to say there are two sets of buyers wanting to view our property on Saturday and a South African couple – cash buyers – who want to come on Monday. We went out to Sainsburys to do our weekly shop and then on to the Health Club for an hour and a half’s activity. We finished with a Jacuzzi and a Sauna. A chatty man in the sauna opened a conversation and, when I asked him what he did, he told me he owned Ponte Vecchio a fairly local Italian restaurant in West Byfleet. When I pressed him, he told me he wasn’t Italian himself but Iranian. We came home and ate a lovely, cold meal of Greek salad, crab, prawns and langoustine tails. The front page of The Times today is echoed across all the

People are being told that travel to Greece carries dangers. Tourists should not rely on credit cards. Credit controls may quickly lead to lack of fuel for transport particularly if they need to get to or leave an island. Kathimerini says:

Athens International Airport is extending an incentive scheme aimed at encouraging airlines to use the country’s main terminal during the winter into the summer, in an effort to achieve sustainable growth.

Christine Lagarde made clear that she saw the Greek Government as made up of juveniles. She said she needed to talk to adults. Having said that, we know that the history of Tsipras is as a negotiator who, in student politics, sought to do deals. Monday is going to be interesting! I certainly wouldn’t be so sanguine if we hadn’t sold last summer.

A day of patchy, light rain and cloud. Certainly the lawns could do with some water. As I write at 7.00 pm, the skies have opened and heavy rain is falling. We had to vacate the property for two viewings this morning. I accompanied Pauline to M&S and Tesco for a couple of hours. We didn’t go to the Health Club today and my body said, Thank you. It’s still bruised and aching from my passing out and fall in the car park recently.

All the newspapers carry some form of Greek Travel Alert. The Daily Express is typical.