Beautiful, sunny morning but cold – minus temperature with heavy frost. In spite of the weather, I suspect Greece is not a very warm place to call home at the moment. Dominic Lawson’s byline in the Sunday Times this morning is:

Four weeks of Greek hubris, then back to humble moussaka

Those of us whose childish understanding of the English Civil War came from Sellar and Yeatman’s 1066 and All That have an adage to encapsulate the financial dispute between the Greek and German governments. The Germans are the Roundheads, “right but repulsive”, while the Greeks are the Cavaliers, “wrong but romantic”…..

….it is hardly surprising that Varoufakis has been humiliated. The terms agreed late on Friday involve acceptance that the bailout package continues to be set and monitored by the International Monetary Fund, the ECB and EU finance ministers; and that if this troika is not satisfied with Greek commitment to economic reform, the money will be frozen — exactly what Syriza swore it would never accept.

A few days ago, there was snow on the mountains of Sifnos. Will it have melted by Easter or will there be complete meltdown? 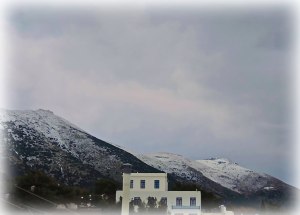 Continuing the cold but bright theme this morning.

Leading Greek news was that Syriza had submitted their bailout extension request/economic plan but that the Germans had not considered it good enough and had given the Greeks 24 hrs to redo their homework and get back to them. This is heaping public humiliation on the Greeks who, I believe, should just tell the Germans to ‘stuff it’ and walk away but they are so desperate to stay within the euro that they continue to genuflect before the Troika.

Leading British news is Cash for Influence involving two party grandees who have been caught with their snouts in the trough. We aren’t surprised but we are still disgusted. We continue to joke about corruption in Greece, corruption in the European Parliament while largely turning a blind eye to politicians cashing in on their privileged positions. This is going to have to change in the face of the electorate’s complete disillusionment!

The birds are singing; the sun is shining; the gardener is outside pressure washing Winter from the garden paths and steps and all is well with the world – well not the political one but the social, ordinary human world.

In Greece, the strain is beginning to show in the Government where cracks are opening in the Coalition. In Britain, major and long-forged reputations are being trashed in the blink of an eye. Life is such fun.

After a particularly hard session in the Health Club, we came home to a meal that Pauline had beautifully prepared earlier today. Freshly made Tomato & Basil Soup followed by Braised Pheasant with onions, button mushrooms and red peppers. 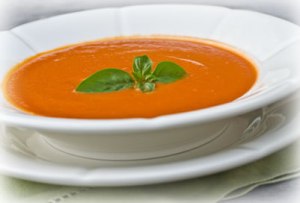 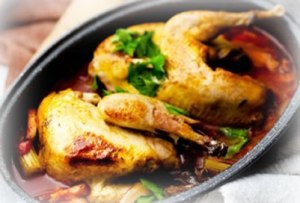 Felt a great deal better after that just as the Greeks will have felt revived by the EU’s ticking of their last submitted homework which was returned with Satisfactory (just) scrawled in the margin.

The sun brought yesterday’s temperature up to 14C/57F yesterday. This morning is grey and half yesterday’s top temperature. Still, once again, this Winter has hardly shown us any snow. Much less than Sifnos, for example. Look at this in the second week of January. 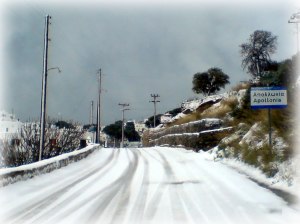 You can just imagine walking up there in your shorts, can’t you? Book now!

We’ve just received our bill for the past twelve months heating and hot water bill. It is generated centrally for our development and delivered on demand although we only pay for what we use. All central heating and all hot water for our Duplex cost us the princely sum of £272.84 / €373.00 for the whole of 2014. I don’t know how we’re going to afford it. The UK Government only gave us £200.00 / €273.00 for the Winter Fuel Allowance!

We are house hunting again. Pauline is researching property in Andover, Hampshire. She has found some new builds that she likes and we are hoping to go and look at them tomorrow. It is about 50 miles or an hour’s drive from here.

Yesterday eventually reached 12C/54F and today feels mild as well although not terribly sunny. We’ve been out to town to shop at Maplin. It’s a store I love because I’m in to gadgets but, today, all I needed was a couple of Micro SD Data Cards to expand the memory of our smartphones.

They cost next to nothing but make all the difference. How can something so small store 4000 Mb of data?

We still cannot believe how lucky we have been to sell in Greece. We continue to walk round on air. The Greek Government is seen as such a shambles and liability going forward that the Euro seems to have no floor. It has sunk to its lowest for seven years and, today, £1.00 will buy €1.38. This will make all their imports so expensive and their possessions, including their houses, so cheap.

The mood in Europe appears to be hardening. In Germany, particularly, it is becoming polarised. Bild newspaper are running a campaign calling its readers to take a picture of themselves next to a front page reading: No more billions for the greedy Greeks. 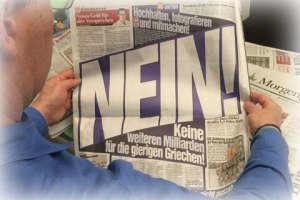 The matter is certainly not settled either inside or outside Greece. This uncertainty cannot be at all helpful.

Glorious, glorious day with clear, blue skies and strong sun. We are going to the Health Club early because Pauline has a pre-operation meeting with the consultant this afternoon. Unfortunately, she still hasn’t got a definitive date for the actual operation yet so we are feeling a little uncertain about our travel arrangements. However, medical matters must be attended to first.

I’ve spent most of my life reading something or other for some reason or other. Rarely have I read much fiction since I first discovered histories and biographies in my youth. I was amused by the  The Bookseller’s shortlist for the Diagram Prize for Oddest Book Title of the Year. The award was first given in 1978 to a work called:

Proceedings of the Second International Workshop on Nude Mice

Subsequently it has been won by the likes of:

This year’s nominees include:

Nature’s Nether Regions, a history of genitals
Where do Camels Belong?
Divorcing a Real Witch: For Pagans and the People That Used to Love Them.
The Poison Dwarf – Where is she now?

You will remember the emotive, Climate Change campaign that feature a polar bear clinging to the world’s last bit of ice with the blackmail that human activity was generating greenhouse gases, warming the planet which was melting the pack ice and, subsequently destroying the polar bear’s habitat. Polar bears, it implied were just clinging on and in danger of imminent extinction – and it will all be our fault. 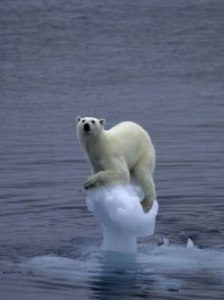 Well, can you believe it, the polar bear population, far from diminishing is thriving. The Times features a recent report from  the University of Victoria, British Columbia , which observes that there are at least 25,000 bears, more than double the number in the 1960s and half of them are driving around in gas guzzlers. (Alright, I made that last bit up.) What you couldn’t make up is the sacking/resignation of the devout Head of the Intergovernmental Panel on Climate Change, Rajendra Pachauri who was supposed to be an expert on the world’s changing weather patterns — not the sexual satisfaction of his own staff. 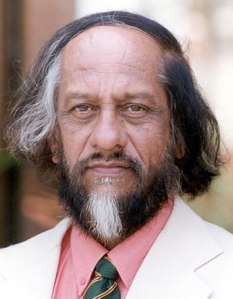 The last day of February, 2015. We will never see its like again. It comes with news from the Met. Office that this has been the sunniest winter on record – or at least for 100 years. I can believe it. I have so much sunshine inside me. I feel it particularly today because our friends, the notary and her husband, contacted us. It’s  wonderful to know we have such lovely friends on the island. We’re really looking forward to returning! Let’s hope Greece still exists when we get back.

The Telegraph has this headline:

Neither side holds the upper hand in the strategic game of chicken which could still see Greece forced out of the euro. Greece’s new currency designs are ready. The green 50 drachma note features Cornelius Castoriadis, the Marxist philosopher and sworn enemy of privatisation.

The amateur blueprints are a minor sensation in Greek artistic circles. They are only half in jest. Greece’s Syriza radicals have signed a fragile ceasefire with the eurozone’s creditor powers. Few think this can last as escalating deadlines reach their kairotic moment in June. Each side has agreed to a deception with equal cynicism, knowing that the interim deal evades the true nature of Greece’s crisis and cannot bridge the immense political divide. The Nobel poet Odysseus Elytis – voice of Eastward-looking Hellenism – honours the 200 note. The bills rise to 10,000 drachma, a wise precaution lest there is a hyperinflationary shock as Greece breaks out of its debt-deflation trap at high velocity.

Difficult to know what currency to take with us. Tourists are certainly going to be unsettled. Perhaps gold bars would be best.