We move into the last week of November on a cool and wet day although The Woodland Trust are predicting Oaks will keep their leaves until well into December because of the mild and windless Autumn this year. It has felt depressingly dark all day and yet we are still four weeks away from the year’s shortest day.

Pauline has spent the day making and baking the Christmas Cake and steaming two Christmas Puddings. One is for this year and one will be set aside for Christmas 2015. 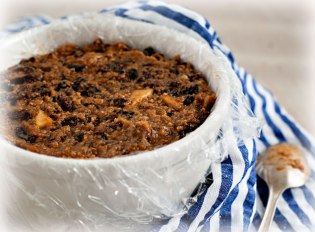 Bright and sunny but cold and slightly frosty this morning – a good, old fashioned, early winter’s morning. We spent an hour at the Health Club and came out sweating.

Heard from Martin yesterday. Haven’t spoken to him for a couple of months. Nice to know he’s alright. Interesting to see that Greece ambles on in its own, contrary way. Thursday will be a General Strike which will isolate the country and the islands with Air Traffic Controllers and Ferry services being disrupted. At the same time and because of the European Troika’s foot on their neck, the Greek Government ‘say’ they are scrapping operating permits for almost 900 professions. In other words, they are dismantling closed-shops which limit business freedom in the Greek economy. The measure of how far they go with this will indicate how far the country has moved in the past seven years. If the Coalition falls this Spring over the issue of a new President then all bets are off and they will certainly fall back into the primordial slime. Still, the goldfish will feel at home there!

Cool and damp morning without sun. Pauline is researching our trip to Kent on Friday. House hunting is really turning out to be an education. I know so little about my own country! This week, we are heading towards the Maidstone area. We are hoping to look at a number of houses but this one in particular.

Looks alright but you never know until you see it in the brick. The top temperature here today has been a steamy but dark 9C/48F without the steam.

The negotiations failed. The Troika saw a fiscal gap of 2.5 billion euro for 2015 and demanded further reduction in pensions, increase by 10% to 13% Value Added Tax as being applied on the islands and additional taxes.UK continues to be blanketed by grey, damp cloud and looks like it will remain so in to next week. We struggled to 10C/50F but things are forecast to get warmer towards the weekend and beyond. I hope so. We are driving down to Kent on Friday and then over to France next Tuesday for a couple of days.

Dark & Damp Again! We were out early for Pauline to have her hair cut at Headmasters.

We had toyed with the idea of her having it cut in Athens a couple of weeks ago but didn’t find the time. Bought a book in The Works – the bookshop where my friend from Sifnos, Martin Reynolds, works.

Haven’t bought a physical book for quite some time. They are incredibly cheap. Pauline & I received our £200.00 Winter Heating subsidy from the Government today. It almost pays our total heating bill for the year which is nice.

In Greece, in spite of a General Strike, reality hits. The negotiations of the Coalition and all their hopeful bluster has failed. The Troika saw a fiscal gap of 2.5 billion euro for 2015 and demanded further reduction in pensions, and an increase by 10% to 13% on Value Added Tax to being applied on the islands and additional taxes. Samaras has tried to remain buoyant. He must feel very deflated.

My INR has been rather erratic recently which has led to me eschewing alcohol. It hasn’t made any difference. I dropped from 2.6 – 2.0 in a week in which my diet was exemplary. I don’t know if this has any significance but I found this afternoon that my weight has dropped by half a stone in quite a short spell. You lose some and you gain some.

Must learn to check the calendar! Today, we visited two developments on the outskirts of Maidstone, Kent.

The town isn’t particularly prepossessing but, strategically, it is well placed for us. It doesn’t take long to drive or take the train up to London and it is a quick & easy journey to the Channel Tunnel for our drives across Europe. It has good provision of Health & Fitness Clubs including David Lloyds and reasonable distribution of good supermarkets, Farmers’ Markets as well as Hospitals and Dr Surgeries. There are lots of restaurants and visitor attractions in the surrounding area. Unfortunately, property developers had all but shut up shop for Christmas and things we would be interested in are not on stream until next year. Looks like we’ll have to be patient.

Warm and sunny today and predicted to reach 15C/60F. We are going to the Health Club for an hour or so of exercise before settling in to the weekend. Actually, weekends really don’t mean anything any more when one’s not working. Days are days are days. As Larkin said, Days are where we live. As we got up this morning, like every morning, at 7.00 am, I did muse on the fact that, irrespective of which time zone we have been in, the past six years of retirement have seen us rise at 7.00 am unflinchingly  to meet and greet the day. When you don’t have to go to work, getting up is a joy and the world is your lobster.

Talking about lobsters, we’re off to France on Tuesday and might pick some up. While the Troika looks like forcing the Greek coalition to cut pensions more and increase some areas of VAT, our government insists on giving us money that, to be honest, we don’t need. In the past week, Pauline & I have both received Winter Fuel Allowances of £100.00 each and now the Christmas Bonus of £10.00 arrives. What will we do with it? I like lobster!