Up early to a beautiful, sunny day which reached 20C/69F by lunchtime. Hotel breakfast of bacon & scrambled eggs and then off to Repton to say ‘Hello’ to Mum. We always go at the most poignant time of year when the signs of natural decay drift across the wonderfully peaceful and isolated graveyard.

We were there by 11.30 am and did our duty. She rebuked me as usual, pointing out that I visited more often in death than in life. I took it on the chin and we set off for Surrey.

Throughout our journey, the sun shone and the trees burned with Autumn. It was blustery but warm. Showers of leaves carpeted the roads as we drove. Little Viv phoned us in the car as we drove and, as soon as we got home, we picked up a message from friends on Sifnos. We have had a delightful four days away and now have to get back on with the fitness campaign.

A glorious, sunny and warm morning. Autumn is in full flow as our garden shows.

Back from Yorkshire, we are catching up with business. I’m transferring money into new, savings accounts while Pauline is phoning friends on Sifnos. She has also made tomato soup in her spare time while I’m still trying hard to finish The Sunday Times.

A lovely, bright and sunny day but a bit breezy. Only 20 miles away, in central London, a woman was killed when a huge tree was blown down on top of her. We have been busy catching up with correspondence – emails and letters. Pauline cooked a delicious meal of roast salmon with broad beans and onions. I should add that we have embarked on a ‘dry’ month or until we fly to Greece at least. So our meals are accompanied by sparkling water.

The ‘no wine’ rule gave me a dilemma this afternoon because I was preparing Beef Bourguignon. It requires a bottle of red wine but I salved my conscience in the knowledge that all the alcohol is driven off in the cooking.

I’ve been trying to arrange a new joint account with a Savings Bank to deposit money but ‘money laundering’ concerns mean one has to go to ridiculous lengths to prove one’s identity. It’s worse than Greece (almost). Tomorrow, we have to take copies of our passports and driver’s licences to the Post Office to have them ‘officially’ verified by some spotty youth. They then have to go off in the snail mail post to be checked before we can open an ‘on-line’ account. Bonkers!

Pauline was checking the Heathrow Long Stay car park to book it for our Greek trip next month. Up on her computer accounts came the last time we booked that car park. It was in 1998 when we flew to Greece and stayed in Sifnos over Easter for the first time. I can picture it so well. Nikos had just been born and the weather was freezing. We sat huddled around an oil-filled radiator in Hotel Stavros and shivered. 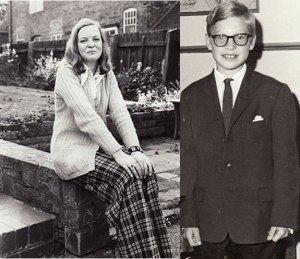 Beautiful, bright and breezy but chilly start to the day. We’ve been out to our bank to get copies of documents certified to comply with EU money laundering legislation in setting up savings bank and ISA accounts. We have been with bank for forty years, have a ‘Private’ Black Account and pay £300.00/380.00€ per year to service it. We have a Personal Banking Manager. We ask to have our documents certified and are told that will only be done to help us buy their financial products. Disgusted, we go off, confidently, to the Post Office where we’ve had this service before only to get the same response as our trusted bank. Apparently, some main Post Office branches will provide the service for £15.00/19.00€ but we will have to drive miles to get to one. It really does feel rather Third World-ish in a Greek way!

Outside, the gardener is blowing the carpets of leaves into a sack. It’s a bit like herding eels in the breeze. We are setting out on a tour of the south coast today, house hunting.

We have had a very pleasant trip which took us to Upper Froyle in Hampshire – only 25 miles from our house – Brackenwood in West Sussex – a further 20 miles on and then Pulborough in West Sussex just 10 miles from Worthing where my sister, Catherine, lives. The journey back to our house from there was 40 miles. We went to see this house amongst others: 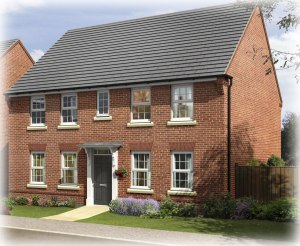 We have specific requirements for our new house:

This house style is £500,000 in one area and £560,000 in another. We are prepared to go higher in price to buy in a better location. It must have good supermarkets and a Health Club within easy reach and it would be nice to get to the coast quickly.

Barty aka Paros Man wonders whether we are missing Sifnos as he flies back from his holidays.

Since leaving the island, we have been so busy that we haven’t thought about it much although a phone call from friends there does leave one reliving the world that is a Greek island. We have had two such calls today while we were out and our imaginations immediately recreate the place our callers sit in, walk in, shop in, live their lives. Even this morning, we have spoken by phone to two friends on the island and had email contact with two others. To be honest, when we reflect, we do not miss the claustrophobia that was Sifnos and relish the expansive challenge not being a Greek home owner presents. The rest of the world is such a big place to explore.

As our media reports huge rebates for Germany and France and a huge supplementary payment of £1.7 Billion as a result of our surging economy, the Get Out of Europe Campaign receives a major boost. This is from Guido Fawkes this morning:

The EU this morning orders Britain to pay a £1.7 billion “prosperity tax” within weeks, while France and Germany receive massive rebates. A continental source gloats to the Telegraph: “there is nothing Britain can do about it”. That isn’t true: Dave can refuse to pay, tell Brussels to deal with it and then see what they do. It’s our money, the PM has to say “no, no, no”.

The British newspapers are screaming for us to get out of the E.U. The huge additional payment is today’s trigger although it has actually been know about since last May. The newspapers are full of stories about Calais being a lawless town with immigrants who have made their way right across Europe with the sole intention of getting in to Britain. There is some truth in that in our recent experience. It is certainly worse than what we have seen over the years in Patras port.

Separatism abounds. Scotland voted to stay – just – but all those bugbears of keeping them are being paraded. The Barnett Formula used to decide the central grant has long been thought over generous to those north of the border. There are calls to re-formulate. Topical for today is the GMT. Many would like England to remain on permanent European Time – maximising the evening light. A strong argument against this has always been put up by the Scots who would live in longer hours of darkness. This old chestnut is coming out now with differential time zones suggested. All the mood music points to an exit.