It would be hard to distinguish today from mid-Summer. The weather has been so warm – 25C/77F at peak with lovely sunshine that, if it wasn’t for the golf which we won easily for the tenth time in twelve competitions, we would have sat outside all day. As it was, we luxuriated in the day on our trip to the Health Club for a good hour’s workout. 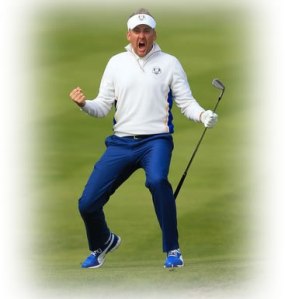 The newspapers and broadcast reports are all about Tory troubles. MPs defecting to Golden Dawn (sorry UKIP) and another photocopying his genitals and sending the results to on-line girls (sorry Sunday Mirror reporters). 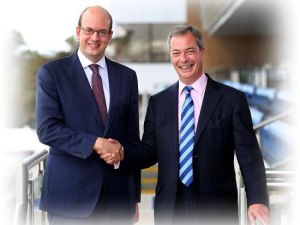 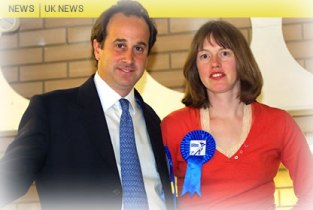 You can’t start a party conference much better than that. Looks like it’s going to be another great week!

As we see out September over the next couple of days, the warm weather holds although today was rather overcast and steamy. Apart from our daily exercise routine, I’ve been monitoring the Tory Part Conference where pensioners were guaranteed inflation-proofed pensions. That will do for me. I also wrote to my friend, Caroline, who sends me cards from all her globe-trotting expeditions and spoke to Ruth to agree a visit to sunny Bolton in just over a fortnight.

Booked a shopping trip to France for next week we will stay in our favourite hotel in Coquelles that we have been using for about twenty years now.

It has been announced today that the month of September in 2014 in England has been the warmest and driest for over a hundred years. Certainly, today,  the last before October found a temperature of 24C/75F by mid-afternoon. It felt even warmer as we left the Health Club having upped our regime, doing an hour/500 calories of cardio exercise.

We received the latest colour magazine from our estate agent and were amused to find our property highlighted. 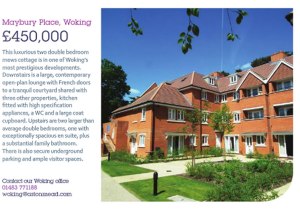 In Greece, it is pay the first instalment of you Property Tax day and banks are seeing long queues. We always paid ours off in one go but not this year. We shall spend ours in France next week on frivolous luxuries. 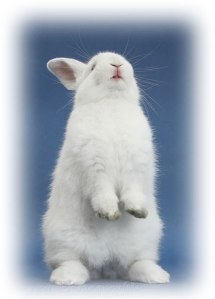 The month opened at 7.00 am with warm rain. It was a lovely change from the most dry September for a Century.

Interesting to see the Greek political scene is starting to crack prior to imploding. Kathimerini says:

The way things are going, the administration will find itself in a process of decay and go down in a blaze of insignificance.

Certainly, if Syriza take power, Europe will disown them, the Greek Balance of Payments will spiral out of control, Pensions and property values will be devalued far more than they have been currently, the country’s infrastructure will fall apart. Already the Public Power Corporation (PPC) is heading for a financial blackout as unpaid electricity bills are growing at an annual rate of 30 percent, having reached 1.7 billion euros at the end of July from 1.3 billion euros last year. It really is not a place to live and work at the moment and, without solid infrastructure, their golden geese – tourists – will look elsewhere.

In Britain, Road Fund Licences (Tax Discs) became obsolete this morning. It will all be recorded digitally. Who will pay it now? I was taking mine out of the car at 7.00 am. Was I beaten by anyone else? I’ve still got a series of Swiss vignettes on the windscreen. I might sell them all as a memento job lot on Ebay. 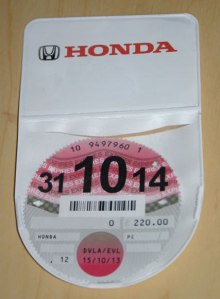 Up early on a warm and sunny morning. The temperature only reached 22C/70F but it felt lovely in the sunshine. Out of the house by 8.30 am and in to town for our annual eye checks. Everyone over 60 gets them free and everyone over 60 gets a 20% discount on the price of glasses at Specsavers. Neither of us needed new ones. I’ve got so many pairs, I don’t know what to do with them.

We went on to Headmasters for Pauline to have her hair cut. We’d thought of waiting until we were in Athens but it is just too long until we go. I went to a coffee shop and read my iPad  newspaper. A new market walkway has opened up with wonderful fresh fish, meat & game, fruit and vegetables, coffee beans and tea supplies sold all along it. We bought baby hake and trout, huge corn cobs, juicy raspberries and great bunches of fresh herbs all at very low prices.

In the afternoon, we did a Sainsbury’s shop. Of course, Sainsbury’s have reported dire trading data hard on the heels of an atrocious mis-accounting scandal and a continuing slump at Tesco. Morrisons has been dragged into a price-match war with the discounters – Aldi and Lidl. Every shop till receipt tells us how much ‘cash back’ we have been awarded because of Price Comparison. To cap it all, the petrol price has fallen to 124.9p/1.59€ per litre. Our shopping bills are falling. This week, we only spent £45.00 and received a Price Comparison discount of £2.40.

Lovely, warm, early Autumnal day reaching 22C/70F. A quiet one for us. We put in an extra effort at the Health Club. A really hard hour and just over 500 calories later, I staggered to the car. We heard from relatives of Pauline’s family who we found while researching her ancestors. By coincidence, they are also living in Surrey, close to Hampton Court. We have agreed to go over and meet them next week for coffee.

The morning started off sunny but soon turned pitch black and rain began. It’s nice to see rain It’s still warm. There is a sense of change in the air. As tourists desert the Greek Islands and look for warmer climes so we explore new destinations for the Winter. How about Siena? 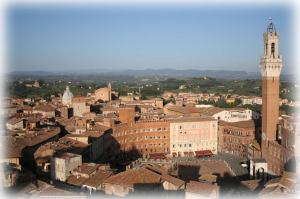 We are considering calling in there on our drive across Europe next Spring.