A new week starts and marks mid-September. I start to look around and as myself what I’ve achieved so far this month. Achievement is not as easy in retirement as in one’s working life. On this occasion, I’ve decided to re-launch the weight loss programme with renewed vigour. I have 4 stones/25 kilos still to lose so I won’t manage it by the end of the year as I’d hoped but it does get much harder as I get closer to my target weight. I now hope/expect to make it by May 2015. To that end, we did an hour at the Health Club this morning and re-launched our iPad app, MyFitnessPal which monitors weight/height/age/ plus calories in and calories out via exercise. I just find it a real motivator.

If we had stayed the full time, we would have arrived back from Greece today. As it was, we arrived back eight weeks ago. Actually, we are expecting a phone call from Sifnos this morning and are returning to Greece in about eight more weeks. Today started under leaden skies but has very quickly given way to sunshine and blue sky. The week ahead is forecast to bump along at 24-25C/75-77F.

Just got back from an hour at the Gym and 400 calories burnt off. The day is now so beautiful that we are going to sit out in the sun. Our meal today is tuna & mackerel with tomato and cucumber salad. We are so healthy we squeak!

A fortnight ago today we were snoring. I was Great and my wife was Little. I won’t go into who was Fakenham.

Two weeks later, we are hard on the fitness trail. An hour at the Health Club and 400 calories burned off later, we are both feeling holier than thou.

It looks like I may have to send Skiathan Man some galoshes or a boat because his weather is turning difficult. 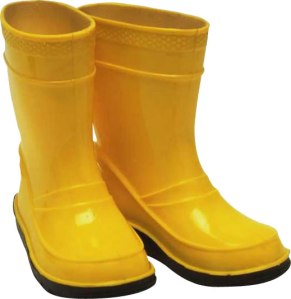 Although we keep being told that the Scottish vote is too close to call, it looks as if the markets have already accepted and factored in a ‘No’ vote. The Pound Sterling has been strengthening since the weekend.

Had a long call from Elerania this afternoon. We’ve asked her to rope our Special Friend in to advise the Scots in their voting tomorrow. I think they’ll see sense.

You won’t be interested but, in researching Pauline’s Barnes Family tree, I found someone else doing the same. I contacted them and found a couple – lawyer and doctor by profession – distantly related to Pauline who are researching the same tree. I emailed them and got a long reply by return.

A warm day today reaching 26C/79F at its height – muggy and sweaty. Back to sleeping on top of the bedclothes while the Skiathan is still swimming home. At 2.00 am we were woken by the most enormous lightning flashes and thunder cracks followed by a monsoon downpour although it only lasted half an hour.

Today has started off very warm as well and we understand that will continue for quite a while. Shopping at Sainsbury’s. We have started using their Fast Track process. You pick up one of their barcode readers as you enter the shop.

You swipe each item in as you pick it up and put it into a bag in your trolley. When you get to the checkout, you just hand over the reader which shows what you have recorded. You are trusted to be honest which we are. The barcode reader shows how much you owe and a receipt is generated accordingly. It is so quick. I must suggest it to Moshka next summer.

The day has rather a muggy feel to it but the overcast sky is not forecast to reveal the sun until later. We have decreed today as a rest day which means Pauline is cleaning and cooking and I am reading and writing. Because of the warmth, we opened doors and windows as soon as we got up at 7.00 am. Within a few minutes, next door’s cat, Minnie, had called in to say good morning and then strolled casually out to go big game hunting under the trees.

Phone rang at 11.00 am. The estate agent asked if they could bring a prospective buyer round in fifteen minutes. Pauline had just finished cleaning. Everywhere looked perfect. When the buyer is escorted round the property, we make ourselves scarce. We will be told on Monday morning how it went. I hope we haven’t sold. We could be out on the streets soon!