Farewell to Summer. Holiday makers are leaving Europe’s hotspots and returning to work. For retirees like us, it is time to travel. Hotels seem to welcome us with open arms at much reduced prices. Our first visit to Europe’s hotspots is Chelsea-on-Sea or Wells Next the Sea, Norfolk. We drive there  tomorrow morning. It is only about three hours away so we won’t have to leave too early. We are staying in Little Walsingham. 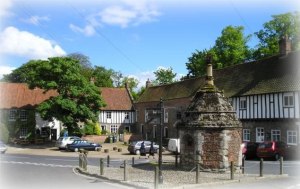 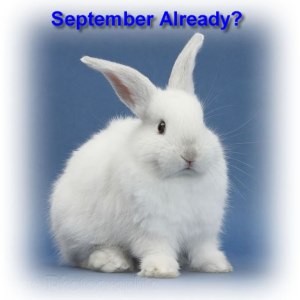 Happy New Month! White rabbit but no goldfish. Hope you enjoy September 2014. You’ll never see it again. We intend to squeeze every last drop of enjoyment from it by keeping busy.

Setting off for Norfolk in a few minutes. Should be there for 2.00 pm. A swim in the pool and then explore the area. We take so many gadgets with us even for a short break – a laptop, two iPads, two smartphones and a Kindle plus, of course, all the chargers. Still, we like to stay connected. My friend, Chris, from Huddersfield sent me an email this morning which I rather enjoyed – enough to share with you:

David Cameron asked the Queen, “Your Majesty, how do you run such an efficient organisation? Are there any tips you can give me?”

“Well,” said the Queen, “The most important thing is to surround yourself  with intelligent people.” David Cameron then asked, “But how do I know if  the people around me are really intelligent?” The Queen took a sip of tea. “Oh, that’s easy; you just ask them to answer an intelligent riddle, watch me and listen” The Queen pushed a button on her intercom. “Please send Prince Charles in here, would you?”

Prince Charles walked into the room and said, “Yes, Mother? The Queen smiled and said to Charles, “Answer me this please Charles. Your mother and father have a child. It is not your brother and it is not your sister. Who is it?” Without pausing for a moment, Prince Charles answered “That would  be me.” “Yes, very good!” Said the Queen. Ah ha I get it said David, thank you Ma’am. And in a great rush he left.

Cameron went back to Parliament and decided to ask Nick Clegg the same question. “Nick, answer this for me.” “Your mother and your father have a child. It’s not your brother and it’s not your sister. Who is it?” “I’m not sure,” said Clegg. And then in true Nick Clegg style he went on to say. “Let me get back to you on that one.” He went to his advisers and asked everyone, but none could give him an answer.

Frustrated, Nick went to the men’s lavatory, and found Nigel Farage in there. “Nigel, see if you can answer this question.” “Yes Nick” replied Nigel. “Your mother and father have a child and it’s not your brother or your sister. Who is it?” Farage immediately answered, “That’s easy, it’s me!” Clegg grinned, and said, “Good answer Nigel, I see it all now!”

Clegg then, went back to find Cameron and said to him; “David, I did some research, and I have the answer to that riddle.” “If your mother and father have a child who is not your brother or your sister, the child is Nigel Farage!” Cameron went red in the face, got up, stomped over to Clegg, and yelled into his face, “No! You bloody idiot! It’s Prince Charles!

. . . AND THAT MY FRIENDS IS PRECISELY WHY UKIP IS DOING SO WELL!

Make of it what you will as all you poor people trudge out to work this morning.

This our Hotel – Reeds Barn from the front and the back garden from our room: 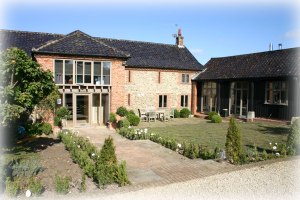 A beautifully still and clear morning in Norfolk. Clear blue sky and strong sunshine in the heart of the countryside. Fresh raspberries for breakfast followed by wonderful bacon and sausages. What an indulgence! We are going out this morning to explore the area. North Creek is the first port of call followed by Burnham Market.

The Met. Office, so The Daily Telegraph reports, is forecasting a three month heat wave for UK – September – November. Could there be a better time to be living in Surrey and not in Greece?

Got up at 7.00 am to beautiful sun over the pool and fruit garden. Lovely breakfast of  local bacon and pork sausage. Won’t need to eat again today.

Today, we are going to the lavender fields at Heacham

and then the seaside area of Hunstanton. 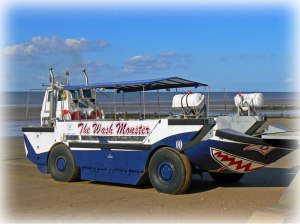 After visiting these interesting places in lovely sunshine, we headed for Burnham Market. 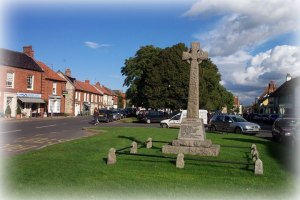 Nowadays it is so popular as a tourist destination that we couldn’t find a single place to park. We carried on back to our hotel and ate a picnic meal in the sunshine in the garden on the camomile lawn. Chicken & ham pie from the farm shop, mixed olives and triple-cream cheese from France washed down by a beautiful bottle of claret.

Another lovely, sunny day. We have been so lucky on this trip. Breakfast at 8.00 am, car packed and off. The M25 was wonderful and we were home for 1.00 pm. We returned to multiple telephone calls from sales office reps trying to interest us in their new properties. We may follow some up.

Kids across Britain go back to school today. It is an amazing six years since Pauline & I started a new school year although it still feels so fresh in the memory. We have got through so much in those six years – much of it for the better!

Happy Birthday to Phyllis this morning. Only 77 years young.

Surprisingly tired after our four days away. I suppose we did do quite a lot of driving. Anyway, I really stayed in bed too long and didn’t get up until 8.00 am. What followed was a fairly ordinary day of shopping at Sainsbury’s and watching the cricket. I was trying to spot my sister, Ruth, who, apparently, won two tickets to the Headingly match. I didn’t see her but England won a fairly meaningless contest.

Very strange day. Pauline went into London with her sister and her niece to have a meal and see a show. They went to see Once at the Phoenix Theatre in Charing Cross Road.

I spent a quiet day redesigning one of my websites.  I will re-launch it some time tomorrow. News came tonight of a poll showing a lead for the Independent Scotland Campaign with just a couple of weeks to go. It is looking more and more likely that Scotland will break away from UK and that UK will break away from Europe. The world is going mad!