Lovely day. Our special friends came round for the morning and brought us a present each. That was nice. While we were drinking coffee, the Notary phoned – on a Sunday – to tell us of developments. After our friends had left, we went swimming in Kamares Bay where the water was a bit cooler than of late because of the recent winds.

Filet steak with onions and mushrooms for our meal and then preparing things for Monday.

We were up at 6.00 am and, in the cool of the morning, had a long chat with the Cat. We then cleared the patio of thousands of mating & dying flying ants that had appeared over night. Up to the Notary at 9.00 am and then off to the Accountant. Some important paperwork was back from Athens but still in the hands of the courier who lives in Faros. We went there immediately to pick it up. Everybody was amazed.

You went to Faros yourself?

It felt like we had sailed for South America single handed rather than drive five minutes to the next village. With the necessary paperwork in sweaty hands, we drove back to the Notary who gave us more documents to be photocopied and then taken up to the KEP (Public Administration) Office where Eleni stamped and countersigned them for free and suggested we keep her signature because it would be valuable one day.

Now we are going to Captain Andreas’ Taverna for Lunch to relax before another meeting tonight. Life is so hard when you’re retired! Evening meeting with the Notary and our special friend.

Dramatic events at the Notary’s office last night. It was the celebration of our 30th year on Sifnos and, accompanied by our special friend, by the Notary, Elerania and by the buyers of our house, we exchanged contracts and received payment for our house which we started as a project 14 long years ago. It has been a wonderful experience but it is definitely time to leave the goldfish swimming around the bowl. We will depart in September but return as tourists in May and stay with our friends for a couple of months.

Although we knew exactly what was going to happen last night, it was still quite stressful. We drank a bottle of champagne in double quick time when we got home (can I call it that any more?). Today was extremely busy. We went to the Notary’s office and received a copy of the contract which we had to get photocopied. We took a copy to the accountant’s office with a box of cakes from Gerentopoulos

and another copy to the electricity shop but it was closed because of strike action. We will go tomorrow and try again.

We went to the Banks to deposit money and transfer it to our FedEx Bank – Moneycorp who will convert it into Sterling and send it to our British Bank. We will invest it in British property over the winter and ride the property wave in UK for a change. It is a strange feeling living in the house now but not owning it now but it is also very freeing! Our friends are coming round for drinks this evening. It will be nice to see Elerania in a social rather than official capacity.

Can life get much better than this? Up early on a still and hot morning which, ultimately reached 34C/93F. After breakfast – first for the cat and then us – we planned our attack as we so often have to in Greece. The finances from our house sale are being sent to our UK account via a FedEx Bank. First to the National Bank. We were soon sent home for an avalanche of paperwork – UK Electricity Bills (proof of address), UK Teachers Pensions P60s for last year (proof of paying taxes in UK), National Insurance Numbers (Equivalent of Greek Social Security Numbers), UK Tax Numbers (proof we knew our tax numbers), Passports (proof of place of birth). I managed to access everything on-line, cut and paste and mock-up convincing printouts. Second time round we passed the test and the button was pressed to send our money to UK.

On to Piraeus Bank where we already have on-line banking and a random-pin generator which didn’t seem to be working. We had the finances despatched manually in the bank and then they discovered that my rpg need to be ‘activated’ before it could be used. They helped me to do that in the Bank. We left as our money winged its way to our UK bank.

As we were leaving Piraeus Bank, John from Oraia Sifnos taverna came in. I haven’t seen him for a couple of years but, when we first came to Sifnos, 30 years ago, John was 20 years old and serving in Boulis Café/restaurant on the water front. He asked what I did and, when he learned I was a teacher, that was what he called me. Hey, teacher! he would call out when he saw me. That’s how he greeted me today. As we walked back to our car, we stumbled on Dimitris who did our outside tiling and did it very well. He and his wife came over for drinks last year. It was nice to see him and we might meet up over the next few weeks.

We have been helped by so many good people in the past three months that I would like to place on public record:

These people, for no real gain on their own part, have gone out of there way to help us right some wrongs and move on. They have contributed to our success and I pay tribute to them.

Like yesterday, the morning has opened warm and still unlike the cat who was jumping around everywhere demanding food. We are going out to the Notary’s office and then following up some business in Apollonia. Later, people will come to the house for drinks.

When we go out this morning, I am going to photograph Pauline in the dress that she wore in her first year on Sifnos thirty years ago. Like her, it is a classic!

At least she didn’t get it from Boden! I, of course was wearing the latest, nearly-new fashion.

We are going out to Dinner tonight. Our Special Friend is supposed to be coming up first for a chat. We are really tired after quite a stressful three days so we will have an early night especially as there is no football.

Interesting meal. The Poison Dwarf and her acolytes were also present. It helped to underline the rightness of leaving. Rania said she would say ‘Goodbye’ the following day when they were not present and we understood.

We were up early to say our goodbyes to the cat who seemed blissfully unaware of the moment. We put the last things in the car and waited for the new owners to arrive. They were right on time at 10.30 am and we gave each other hugs and kisses and left them to enjoy their new home. The Notary said they would be the subject of great jealousy because so many expressed interest in buying “the best house on the island” but they were the only ones who could afford it.  We are certainly glad we sold it to Greeks who will own it for the rest of their lives, bring up a family there and pass it on to their children. We were very happy with the price they paid and certainly didn’t want it to fall in to the hands of some strange tourist!

We drove down to the port and parked up to wait for Speedrunner. Our Special Friends and the Notary went out of their ways to be there and say, Goodbye for now. We have arranged to stay for a couple of months with the former next summer and then go to spend time on Poros with the latter. Even Stavros came down to wave us off which was nice. We drove on to the ferry and walked up to the VIP Lounge. It was beautifully air conditioned and almost empty. We ate smoked salmon sandwiches with a bottle of cold white wine and toasted ‘absent friends’. I had hardly finished the newspaper on my iPad when we pulled into Piraeus.

Friday night traffic in Piraeus was quite heavy but we were soon on the National Road and reached Patras two and a half hours later – just after 6.00 pm. As we drove, our special friends phoned to check we were ok. Just five miles further is the small village of Kaminia which has two hotels owned by the same family. The Poseidon Hotel and The Poseidon Palace Hotel front on the Gulf of Patras and are separated by a large citrus orchard. The latter is five star and features a wonderful pool, gym, steam room and sauna. The restaurant is fantastic and the rooms are large and comfortable. If you know Patras, this hotel is an oasis of luxury and calm. This will be our fifth time there. It is so much cheaper than four year’s ago. We moved from Patras Palace which was near to the old port and rapidly went down hill as the new port opened. 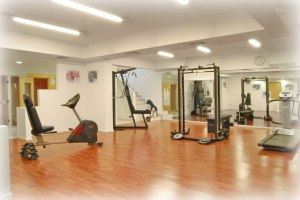 Sifnos is a desert for good fish and we have felt starved of it. Our first meal was grilled Sea Bream and an iced bottle of champagne to celebrate. We even resisted dancing the Gay Gordons! After all, we had left the goldfish behind. Just as we went to bed, our friend phoned to send Love and wish us well.

We slept so well and woke early and refreshed. Breakfast is buffet-style and as varied as one’s imagination. Unfortunately, we are not so equipped to take advantage of it now but, still, it was enjoyable. We drove down to the port and visited Superfast offices to collect our revised tickets. Originally, we were booked for the end of September and we were concerned that the few Luxury cabins would already be booked in July. Not a bit. We had full availability. We opted to sail on Tuesday.

Back at the hotel, we swam in the pool for an hour – until we were tired then made coffee and read the papers. Later, we went out for (what we considered) a six mile walk and returned rather tired. We order grilled mixed fish – salmon, swordfish, baby squids, mussels and octopus – with grilled vegetables – peppers, aubergines, oyster mushrooms, etc. – in our room. I managed to keep up with British radio and the Test Match. I was thrilled to hear Root and Anderson do so well.