The September weather continues. Nice temperature – 29C/84F – and pleasant breeze. Quite a few tourists but not enough according to our island friends. After an hour in the café this morning, we were made clear that tourist numbers are disappointing by Vangelis & Christos. We sat next to Giannis, the plumber, and his friend this morning. When we went to pay, we were told that Giannis had already paid for us. We left with warm glow.

Back home, I put the Test Match on and that dominated the afternoon although our swim was really pleasant. Bell got a good century and England are beginning to look well placed.

More people have stopped at our gate to write down the sales details than I could have imagined. It may not turn in to anything but 750 have now viewed the web details and 50 in the last week. At least it will cut out time-wasters.

Wonderful afternoon/evening with a huge, griddled beef steak and a green salad from our garden. This was accompanied by a fantastic Test Match commentary. England beat Australia a day early in the 4th Ashes Test as Stuart Broad took six wickets. Wonderful! As we drank coffee, the sun went down and, in the darkening sky, a dying star fell slowly into the sea. There was a beautifully cool breeze – so un-August like. It means that we will sleep comfortably again.

We have adopted a feral cat of distinction. She prefers meat to dried food. She prefers chicken to beef. She is especially pleased when there is a lot of gravy to lap. She prefers a particular, Italian brand and she will not touch ‘Best Price’ tinned food no matter how hungry she is. We think she takes after us.

It is still a little breezy today but quite delightful after a lovely, cool night. Eventually, the day has reached 31C / 89F. After picking up our post, we have spent the morning going through an analysis of the accounts of our Development in Surrey. Another couple who spend half the year in Austria have been doing the same thing. It felt a very strange activity as we drank coffee out on our patio. The disconnect was slightly uncomfortable.

Tonight, out of the darkness and the sound of our gate being opened, Apostelos, our neighbour who works for the Electricity Company, called with a huge jar of honey from his father’s bees. Such kindness from people who hardly know us! 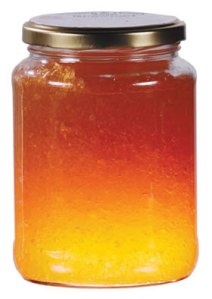 I love communication. I love the instant contact electronic communication has given us. Web Design gives me real pleasure. Email makes life a joy. What I can’t get on with is , sorry, Facebook. I only ever use it to reach one or two friends who use nothing else but email is the most empowering medium I know. Often, cards or letters I’ve sent from Greece have taken weeks or failed to reach UK (although it is getting much better) but, with email, speed and certainty win out every time. In the past couple of weeks, I’ve emailed people on Sifnos, Syros, Patras, Saudi Arabia, Austria, UK and, within seconds, been sure of its arrival.

Of course, I am not a media God like Skiathan Man but I do my best. I only ever intended this Blog for my own amusement and to keep interested members of my family in contact with our earth shattering activities.

Today has been spent zipping emails across the ether to members of the Steering Group of our Surrey Development who are currently exercised about new-build, ‘snagging’ problems. We are spread around the Globe, with many on holiday, and email is the only affordable and practical way we could possibly liaise.

Well, talking about Media Gods, Skiathan Man writes today about this mid-August day, a Bank Holiday in Greece, marking the end of Greek Summer. His thoughts are already turning towards Autumn preparations and Winter activities. I must admit, I tend to work that way myself but it is not good. I always anticipate my next birthday. I am 62 but I talk about being in my 63rd year. I plan all the activities of next April while we are still in August. It is a bad habit but I just cannot live for the day. Skiathan Man is preparing for the big Exodus of Greeks on Sunday with film of huge traffic jams on Monday’s TV News. He also says that the predicted tourist boom did not happen and, I suspect, Sifnians would agree with that. It is amazing, though, to think we only have just over seven weeks left and then we are off for another year.

Ever since I was diagnosed with atrial fibrillation and prescribed warfarin in perpetuity, I have had to have my INR tested regularly. Rarely have I gone longer than two or three weeks in between tests. Fortunately, Sifnos has a testing centre and a lovely man who does the stabbing with a needle. I actually look forward to going to be stabbed because we have such enjoyable conversations. This year, unfortunately, my INR has been so stable that I will only have visited him twice throughout the year. I went in early June and again this week. Yesterday, Woking Hospital advised me that I won’t need another test until November by which time I will be in Woking.

Watering trees and bushes this morning. Our olives are having a bumper year. I don’t know why – maybe it is the watering routines.

Each year, Pauline takes a couple of huge jars of our olives back to Surrey and cures them in salt, vinegar and oil. We eat some with salads and make tapenade from others. This year, we could open a factory.

Well, this has certainly been a strange stretch of weather. This morning opened cloudy, overcast and cool and then the heavens opened. We were out shopping. The car, we thought, was getting a much deserved wash but was, actually, being doused in Saharan sand. The temperature built up during the day and the sun broke through a strange haze but it felt, heady and rather oppressive.

I am exhausted after all my vigorous efforts watching wall to wall premier League football. Liverpool beat Stoke but only just; Arsenal lost to Aston Villa and then Man. Utd. thrashed Swansea with great goals from van Persie. I could have gone on but I was too exhausted.